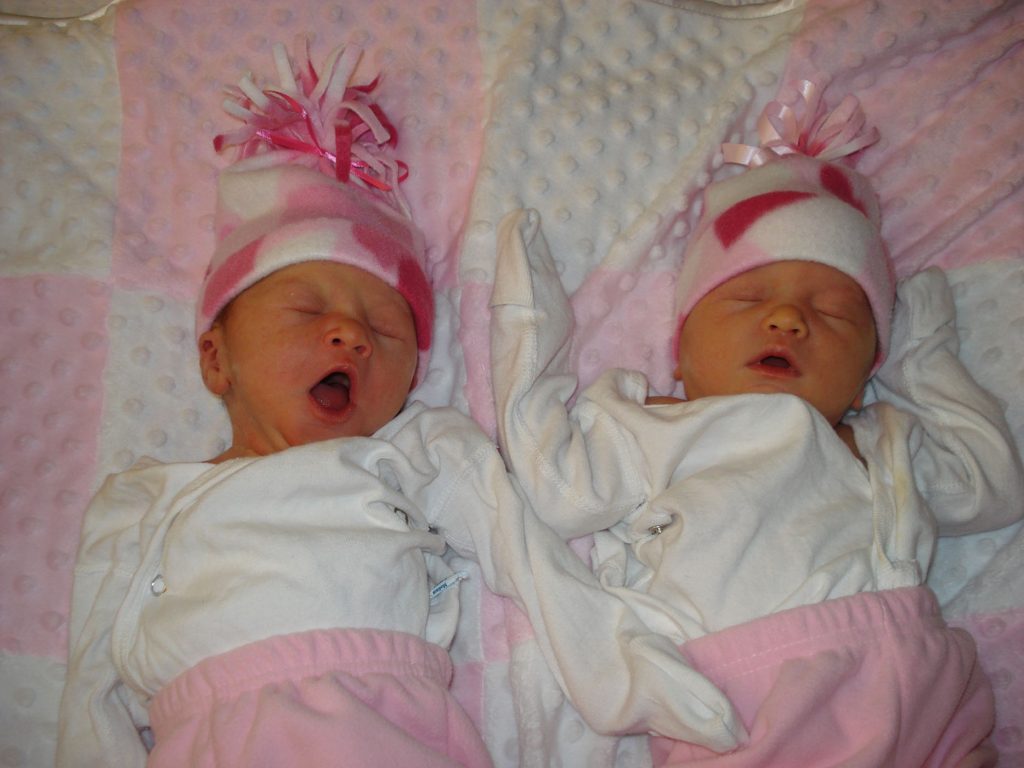 I was shaking. I had no idea what to expect. I barely even knew what a c-section entailed. All I could think about was dying during my surgery. 😉

My mom and I arrived to the hospital and took the elevator to the labor and delivery floor. We continued to call people and let them know the babies would be arriving within hours. We didn’t have to wait long until we walked back to the operating room. I had to enter the room alone while my mom got suited up. They didn’t allow anyone else in there while I was getting my spinal block.

I was so scared for this part, as many first time moms are. They sat me on the edge of the table and a nurse stood in front of me. I still remember she was wearing some type of Bath and Body Works perfume. I continued to shake and this time it was uncontrollably. She told me to relax and try to be as still as possible. You guys, it felt like a tiny poke and then coldness. It wasn’t bad at all and I totally survived.

From my chest down, I went completely numb almost instantly. The doctor told me not to panic because it would feel like I couldn’t breathe. He said that we are used to feeling our chest go up and down as part of breathing and that feeling would be gone. Boy, he was right. I remember telling myself to take normal slow breaths.

My mom finally came in the room and sat next to my head. She looked worse off than me! Ha! When they began, all I felt was a ton of tugging and pulling but absolutely no pain. It was the strangest feeling.

At 5:06pm, McKenzie Rae made her grand entrance. I remember her tiny cry which made me start crying. I didn’t get to hold her right away. They cleaned her up and brought her next to my head so I could see. She seemed so tiny but was a nice healthy weight of 6lbs 3oz and was 19.5 inches tall. 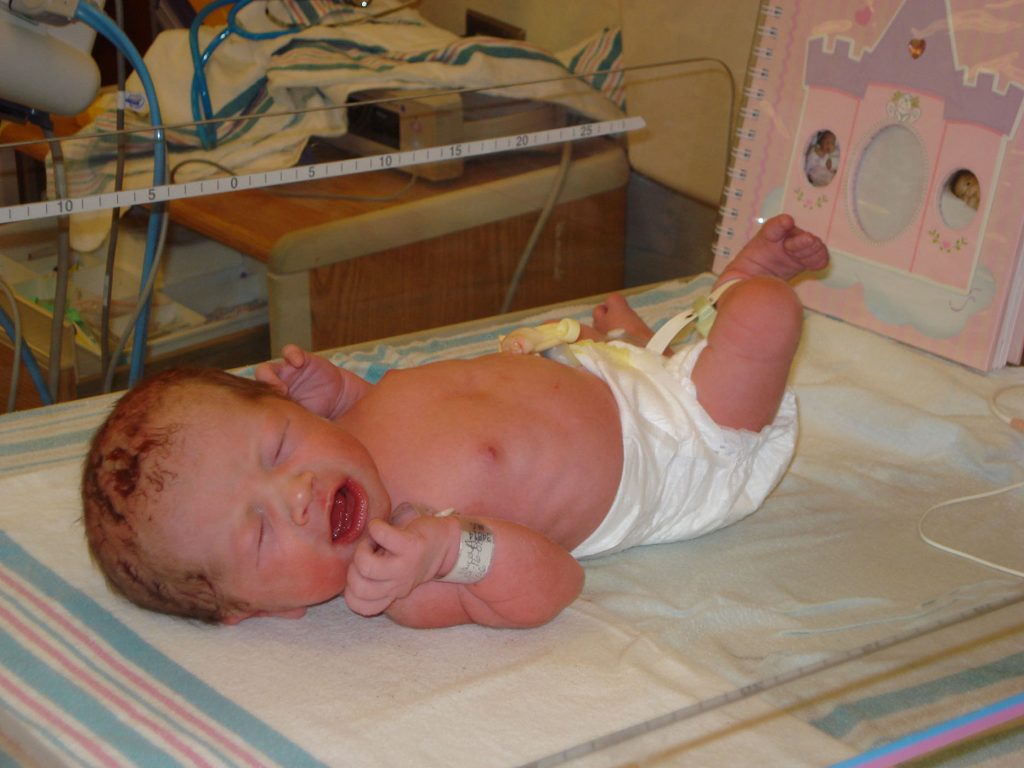 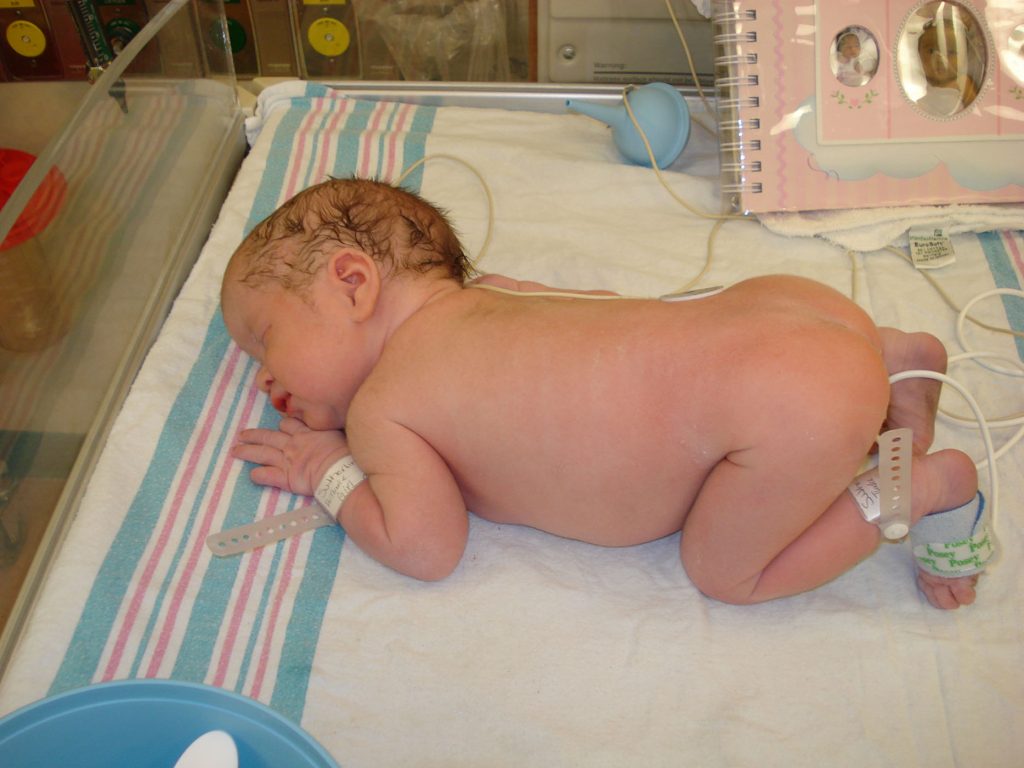 They held the babies next to my head while they stitched me up. After the surgery I went into a recovery room and the babies went to the nursery. Which is SO strange now that I think back because it was total opposite from when I had Harper and Mason. They didn’t let Harp and Mase leave my side almost ever! I think a lot of their policies changed since 2008.

A TON of people were already up at the hospital. All my friends, family members and their dad’s family as well. I was exhausted and hungry. Ice chips are not what I envisioned eating after a stressful delivery. 😉

I was finally moved into my huge room. They brought McKenzie to me but Kasey had to stay in the nursery because she had fluid in her lungs. They said it was totally normal but they wanted her to stay laying on her stomach to help get some of it out. 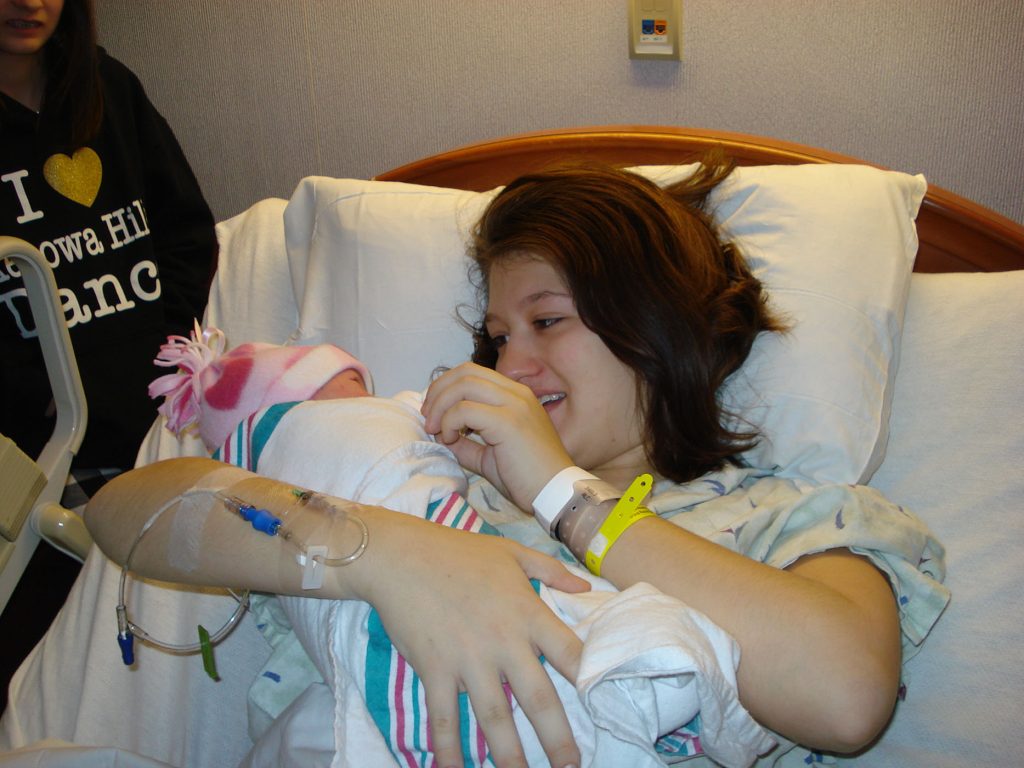 All I remember is a ton of people were in my room passing around McKenzie and I was falling asleep in the bed. The nurse saw that I needed rest and sent everyone away. My mom spent the night with me in the hospital. Way later that night, Kasey was finally brought to me. We got to enjoy them alone before another huge rush of people came the next day. 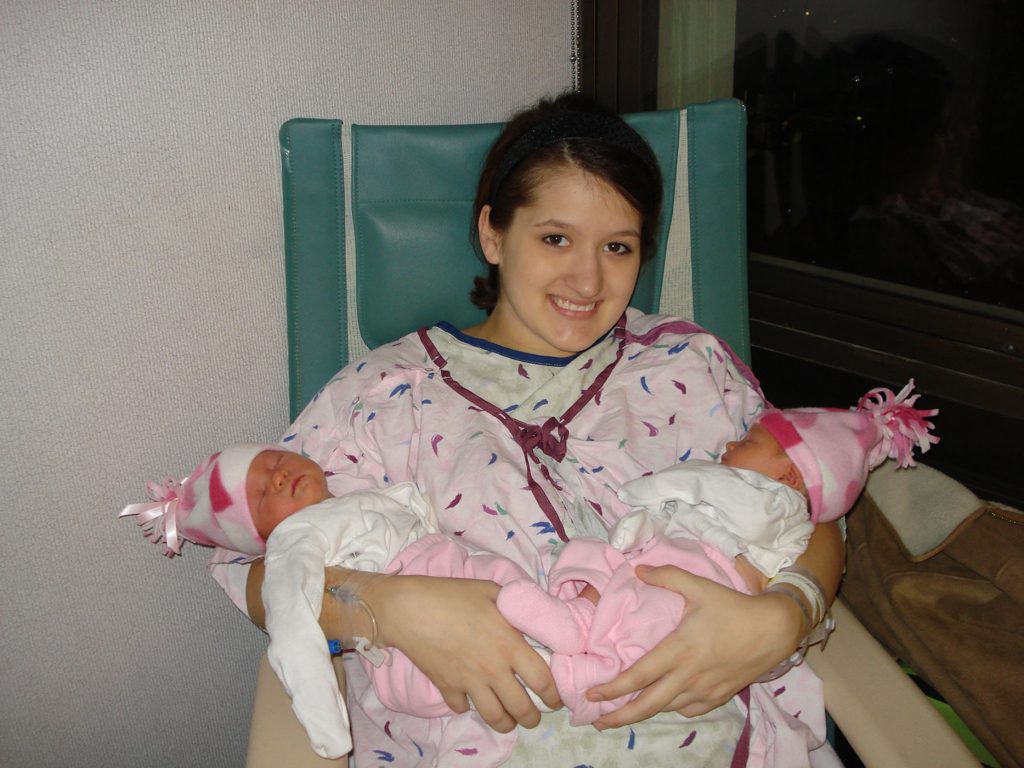 The worst parts about the entire hospital experience were the nurses coming into the room every three hours to push on my stomach (WHY!!), having to get up and walk around after surgery and trying to poop with a cut on your stomach. All those things still make me cringe just thinking about them. 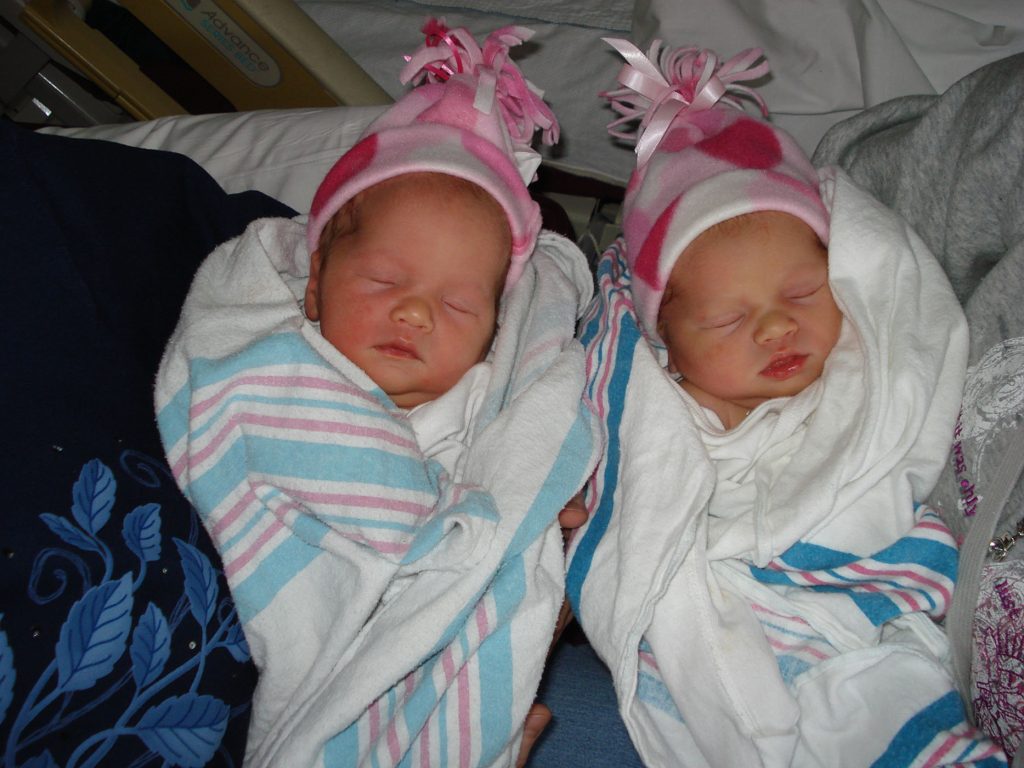 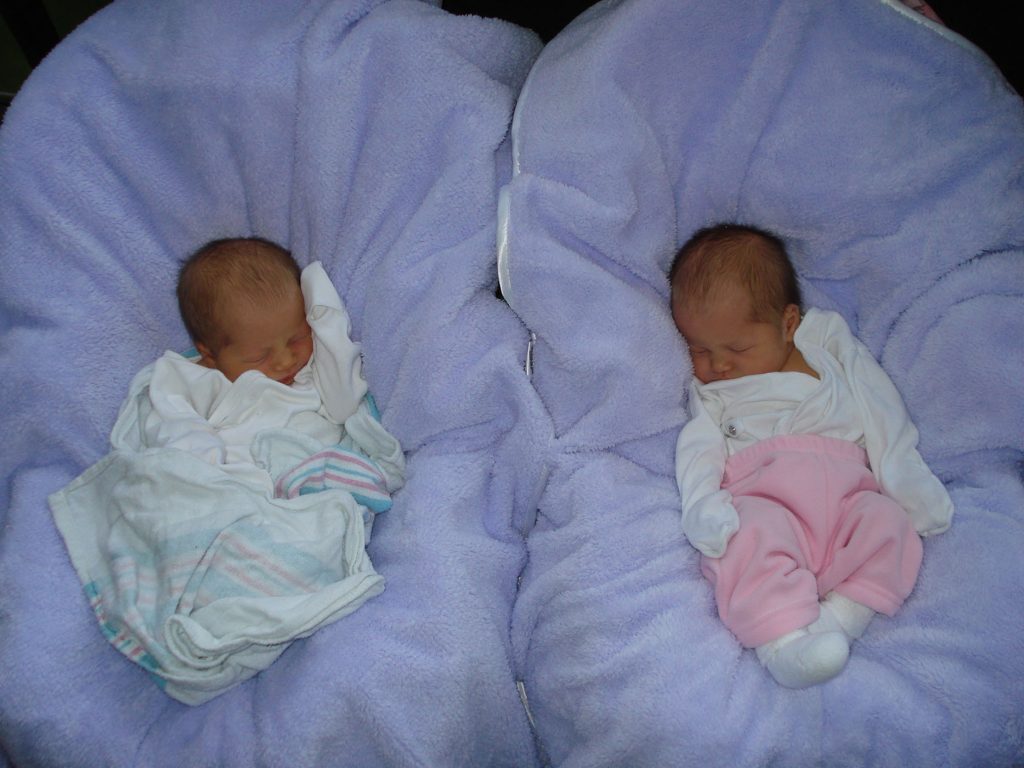 I was finally home with my babies – but that didn’t last long. The night I left the hospital I started to feel really sick. My mom said I was very pale and I had a fever. We packed up the three day old babies and headed to the ER (the perfect place for newborns, I know). They told me I had an infection and would have to be admitted back into the hospital. My mom had to take the babies home while I stayed at the hospital by myself. I was so devastated. I felt bad for my mom who had to take over all the responsibilities and I felt bad for myself because I was all alone without my babies.

I stayed at the hospital two more nights until I was finally cleared to leave. I was so happy to be home at last with my tiny little twins. Now the real struggles of single mom life would begin… 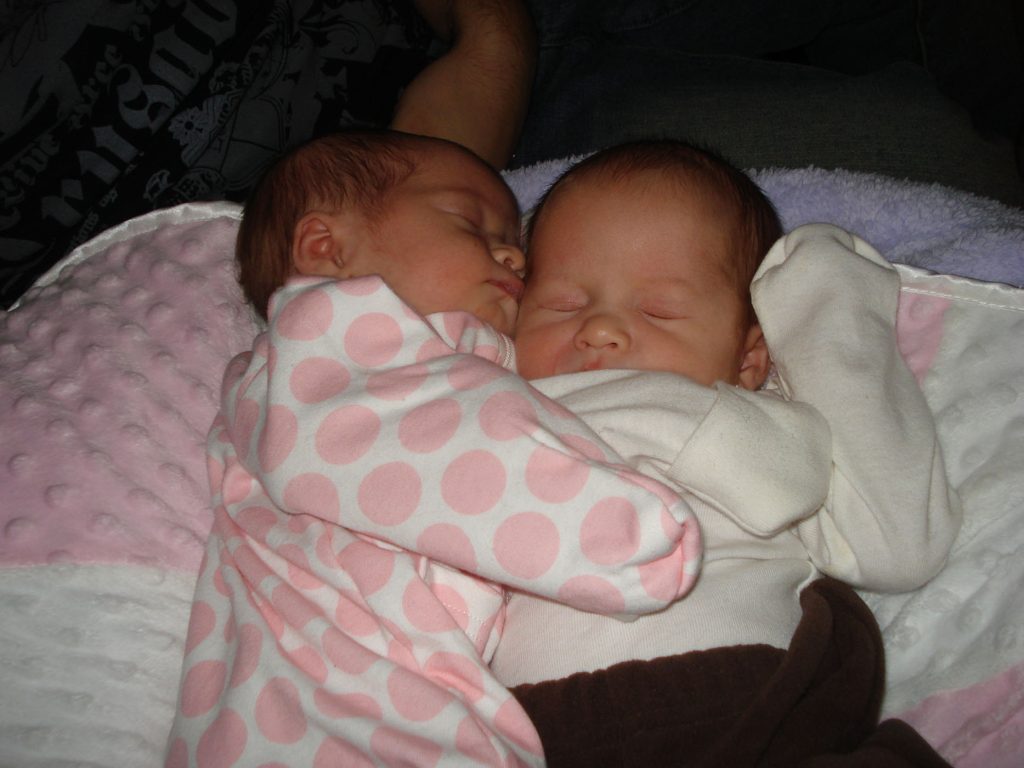