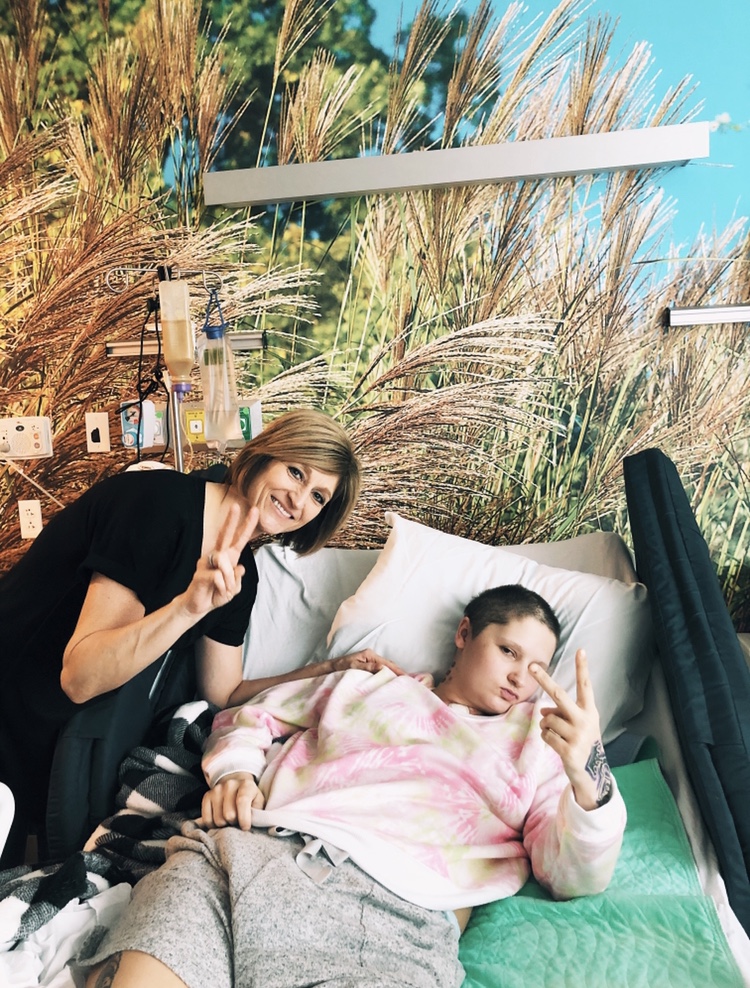 Lots of new changes again this week. Samantha’s stomach infection finally cleared up. This means we don’t have to get suited up to be in her room anymore and that she can finally leave her room for therapies. She actually switched to a different room and doesn’t have any cords hooked up to her!

She still has to have a 1:1 sitter in the room at all times. This is for her own safety. She’s pretty strong when it comes to sitting up and moving her legs around. She most likely would attempt to get out of bed and that would be really scary if there wasn’t someone watching her at all times. The right side of her skull is still removed and will be put back on at some point. We aren’t really sure when that will be. She wears a helmet when out of bed to protect that.

Her trach is completely out and healing! She is talking A LOT more. She can say full sentences, answer questions… everything! It’s nice to finally be able to communicate with her! She still has her sassy attitude and makes jokes all the time.

She had a swallow study done which came back good. That means she’s eating real food! I mean, they are still watching what she’s eating and making sure it’s soft but at least it’s food! She is still a picky eater and won’t eat the stuff that looks weird. I don’t blame her! 🙂 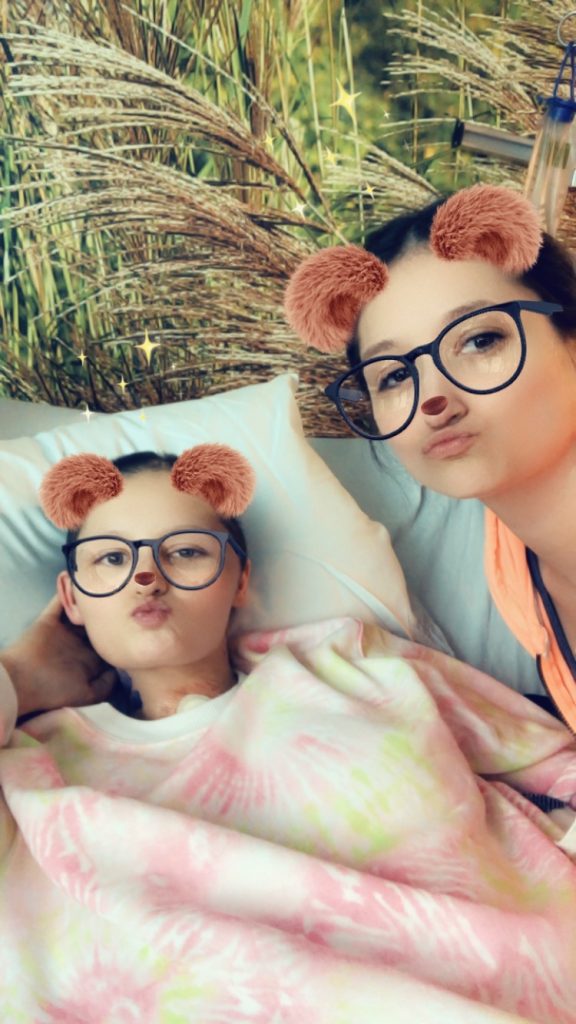 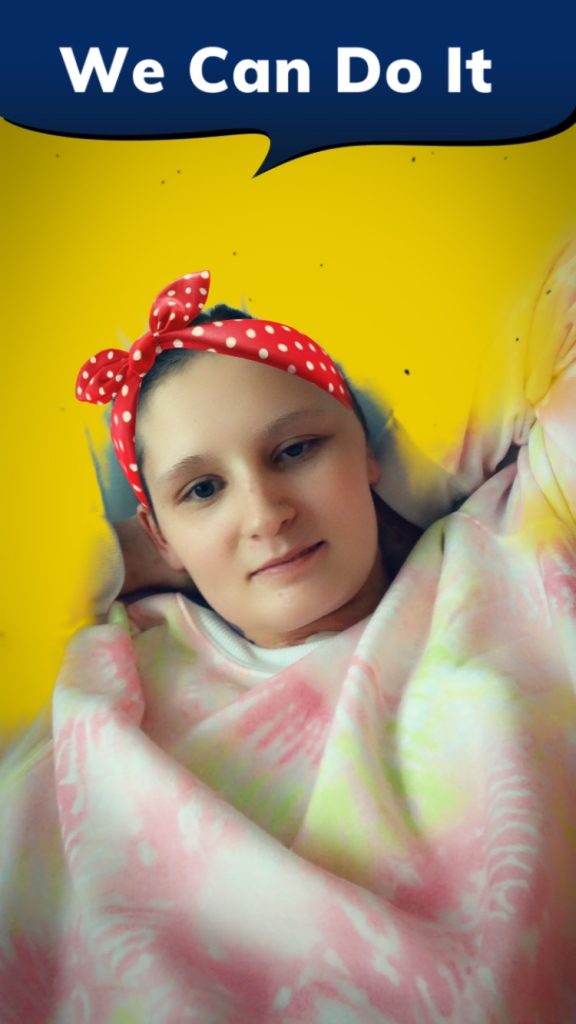 We aren’t really sure how her memory has been affected yet. She clearly remembers all her family and friends but it seems like she’s forgetting things from day-to-day. For example, I will visit one day and the next day she says she doesn’t remember me being there.

She’s still has jumbled thoughts too. She says things that don’t really make sense a lot. Samantha seems to be going through an “agitated” stage right now. She gets frustrated with nurses and therapists. She doesn’t like being poked and prodded all the time. I honestly don’t think she quite understands what happened or why she’s in there. So when these people are coming in throughout the day over and over again, making her get up and do all this work.. it makes her upset. We have to explain they are trying to help her get better so she can get her butt home!!

She still has a feeding tube in her stomach even though she doesn’t use it (they said they can’t take it out for 5-6 more weeks because it has to fully heal first). This is where most of her pain is coming from. When they try to have her sit up or walk, she cries out in pain and says her stomach hurts. The doctor took a look at it and said it may be infected, so that is now being treated. 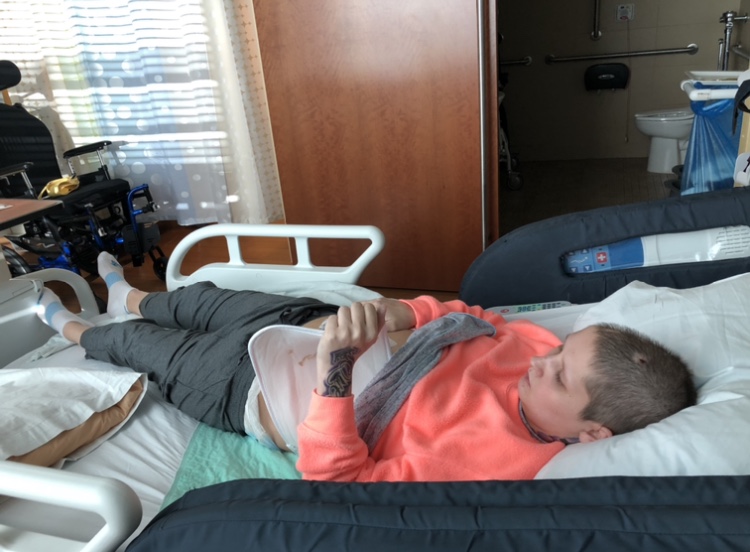 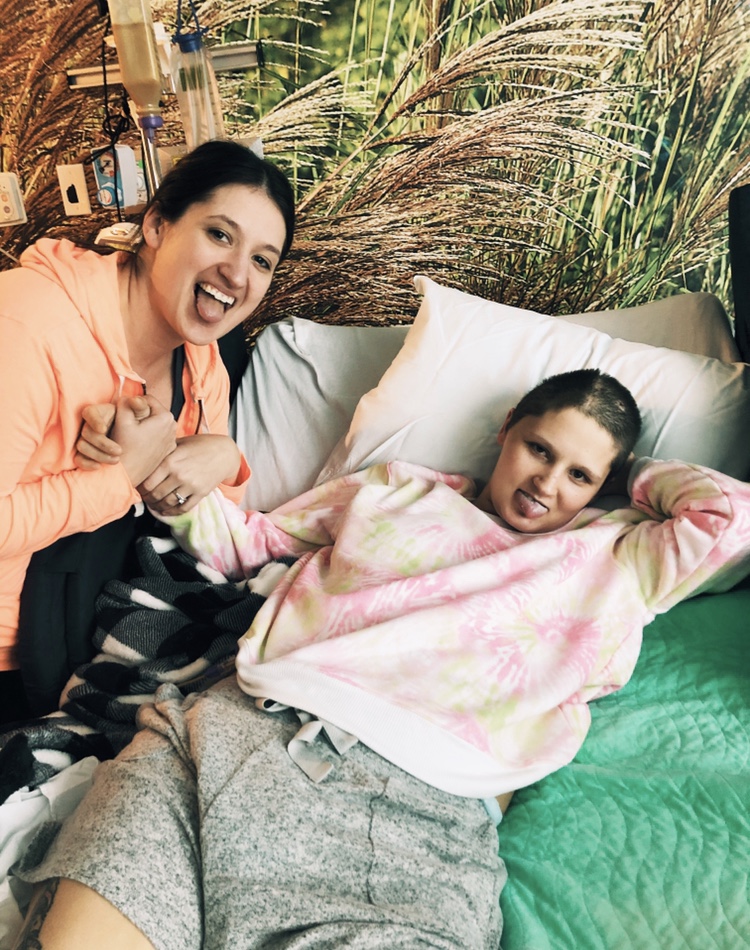 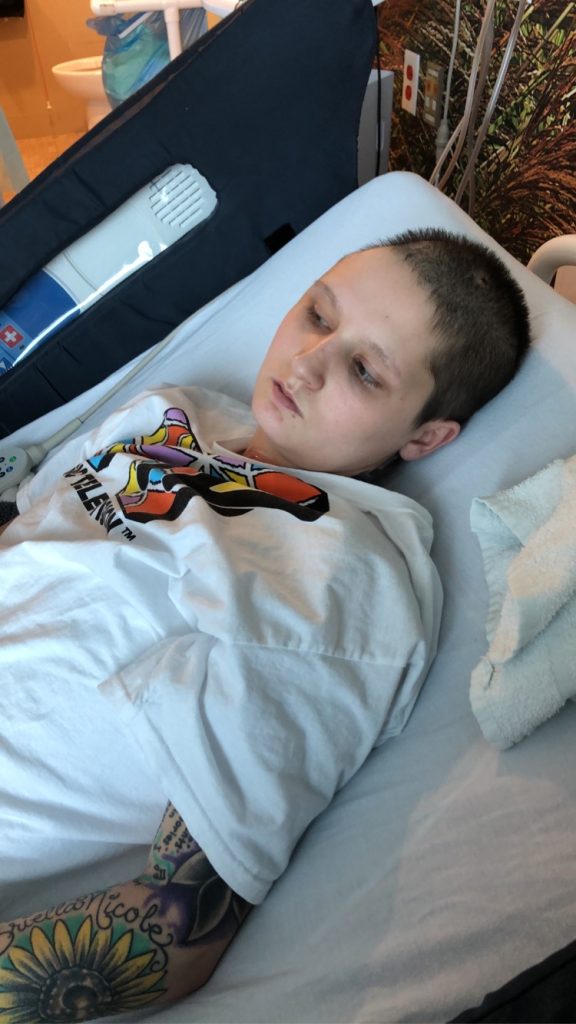 She FaceTimed her children for the first time since this all happened too! It went well! It’s hard to know when to bring them up to see her. You never know how she’s going to be before going up. Is she going to be sleeping? In good spirits? Upset and pissed off? We don’t want to bring them at the wrong time and have that be their first interaction with her.

Overall, she’s making really good progress. I can’t believe it’s been a MONTH!!! It went by so fast, yet feels like it’s been a year. Her main therapy goals right now are standing up for longer periods of time and walking. Hopefully by my next post, she’ll be crushing those goals too!