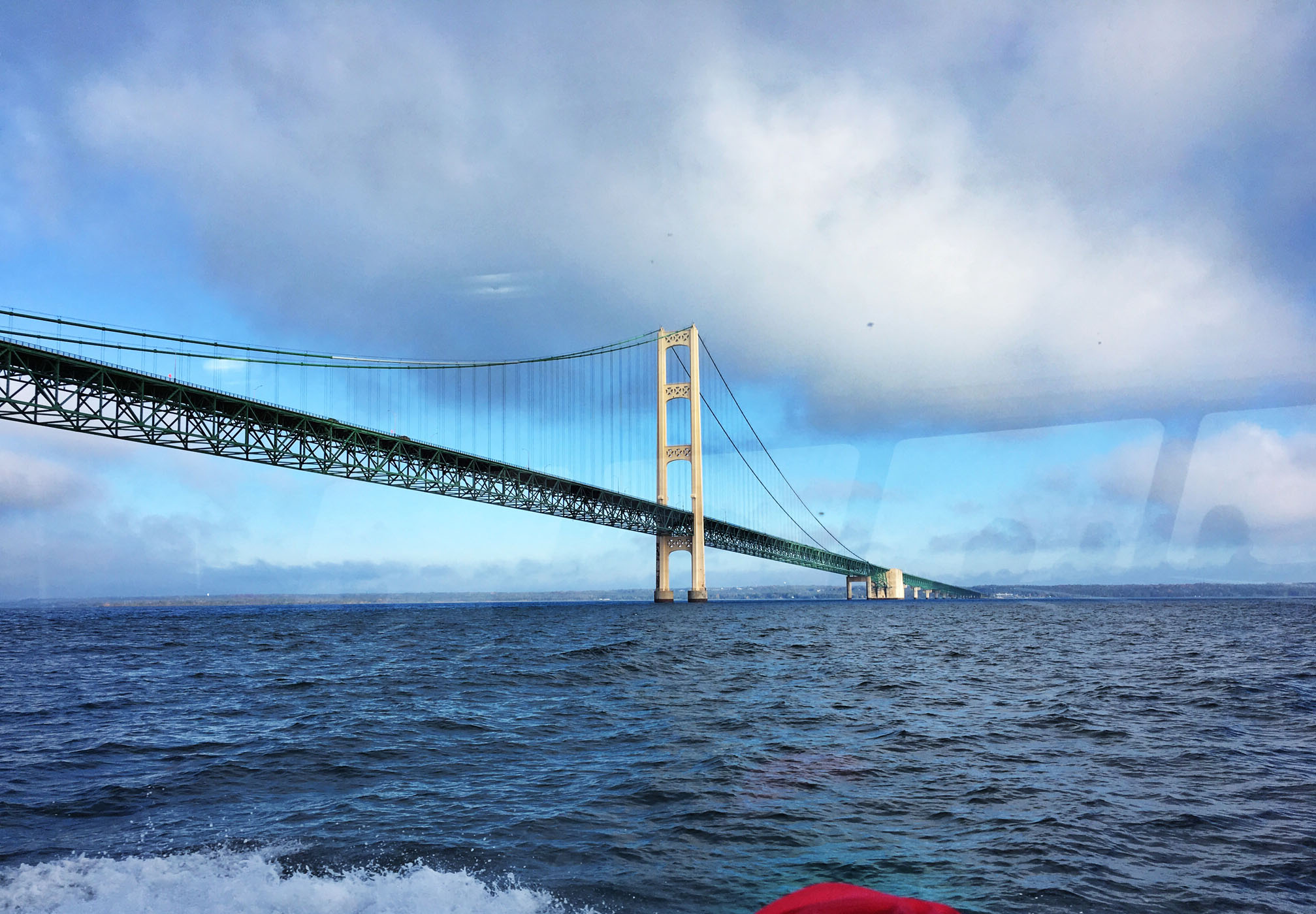 This past weekend, Cody had some extra time off work so we thought it would be a good idea to head up north and visit Mackinac Island. I use to LOVE going to Mackinac with my grandparents when I was a child and Cody had never been, so it sounded like the place to go. If you watched my latest Youtube video, you saw that I was packing for this trip like crazy. I figured it would be freezing since it is late October and the Upper Peninsula is usually colder, well I was wrong. It was so warm that at one point. McKenzie and Kasey were walking around in their tank tops. Well despite the perfect weather we had, this trip will go down as OUR TRIP FROM HELL. Would you like to know why? Well take a gander at exhibit A….. 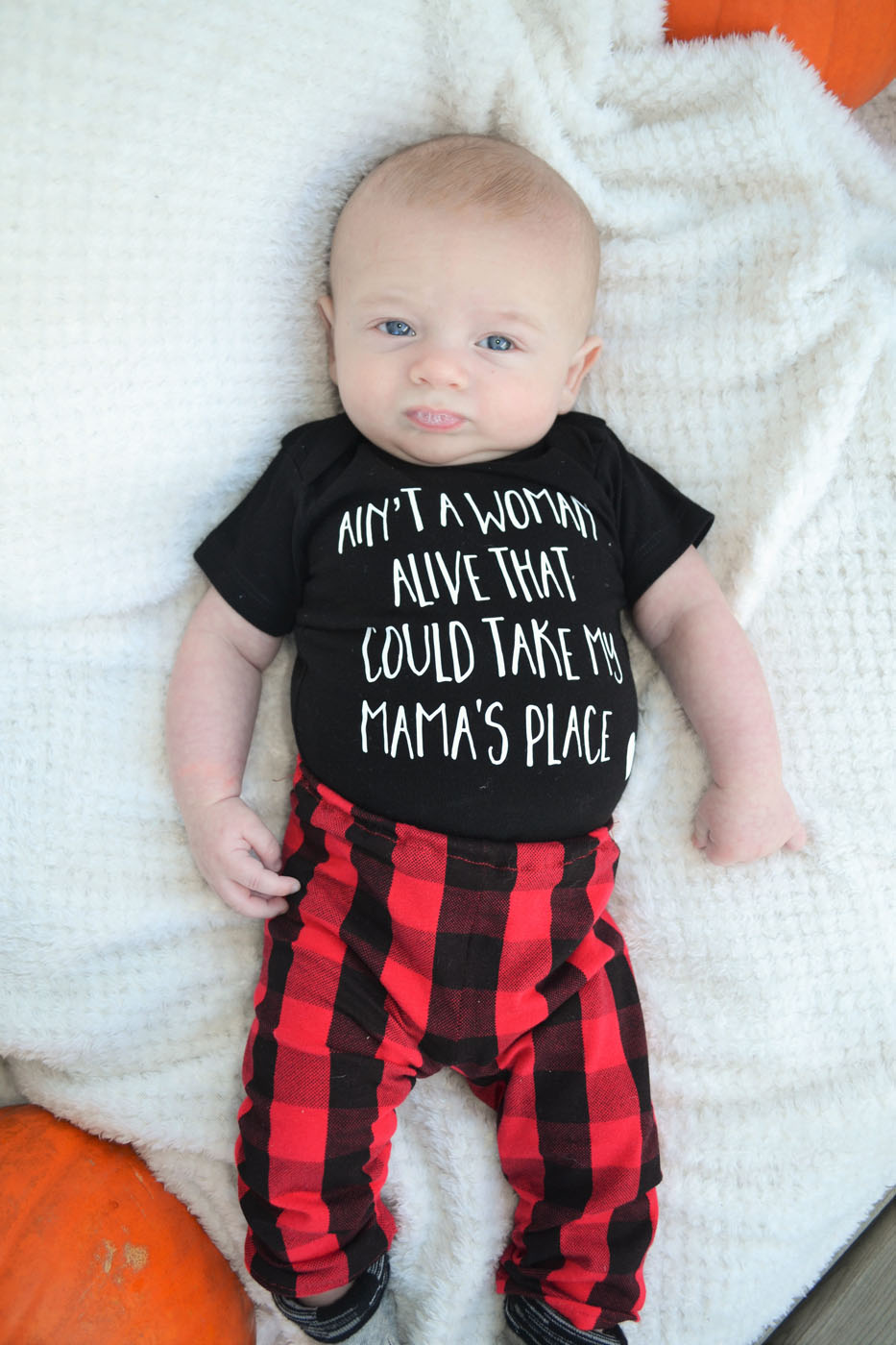 He is so cute but so NAUGHTY. I don’t think that we had a two hour stretch without him crying. They both slept horribly. Since we were all in one hotel room, the girls didn’t sleep well either. I can usually handle poor sleep, but it was the ALL DAY crying that did me in.

After packing up our van (we were packed full!) and feeding the babes we were on our way to the U.P., which is a four hour drive. The babies cried probably two hours out of the four. Have you ever had to listen to screaming while driving? It’s the worst. Yeah we stopped to feed them a couple times but I just think they were sick of the car seats.

When the Mackinac bridge was in view I told the girls a story about how a lady was driving her tiny car across and the wind blew her into the water (which is a true story by the way). They were so scared to go across but it was hilarious. Haha! I’m such a great mom 🙂

We unpacked our bags and headed to one of the main attractions in St. Ignace; Castle Rock. We strapped the babies on us and climb to the top! Yes, I was sweating like a hog and thought I was going to die like five times but I made it. Once McKenzie and Kasey started looking down over the ledge I was like “okay time to gooooo”. I was so nervous up there and they are a little too brave. We raided the gift shop and then headed back to the hotel for pizza and swimming. 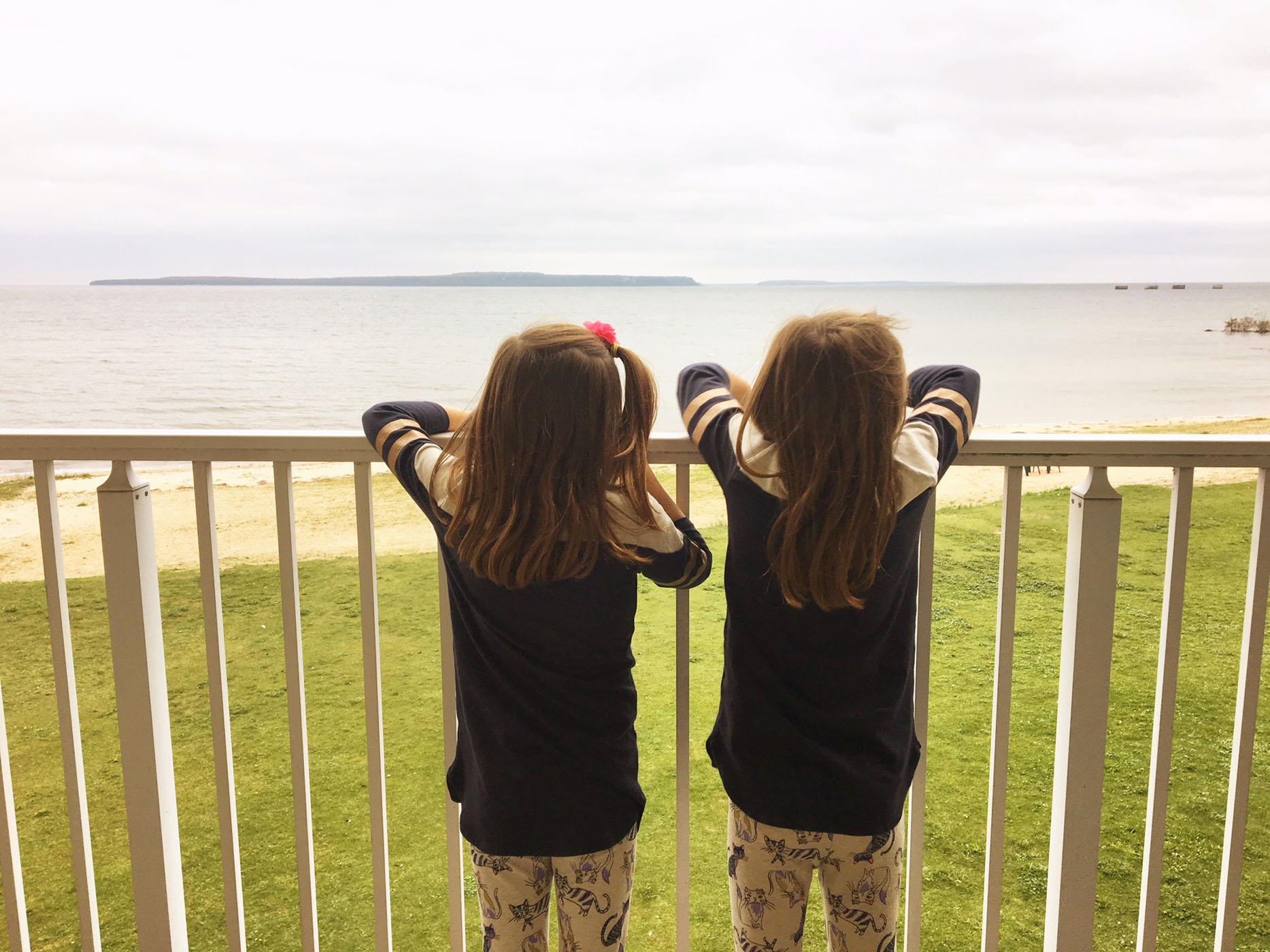 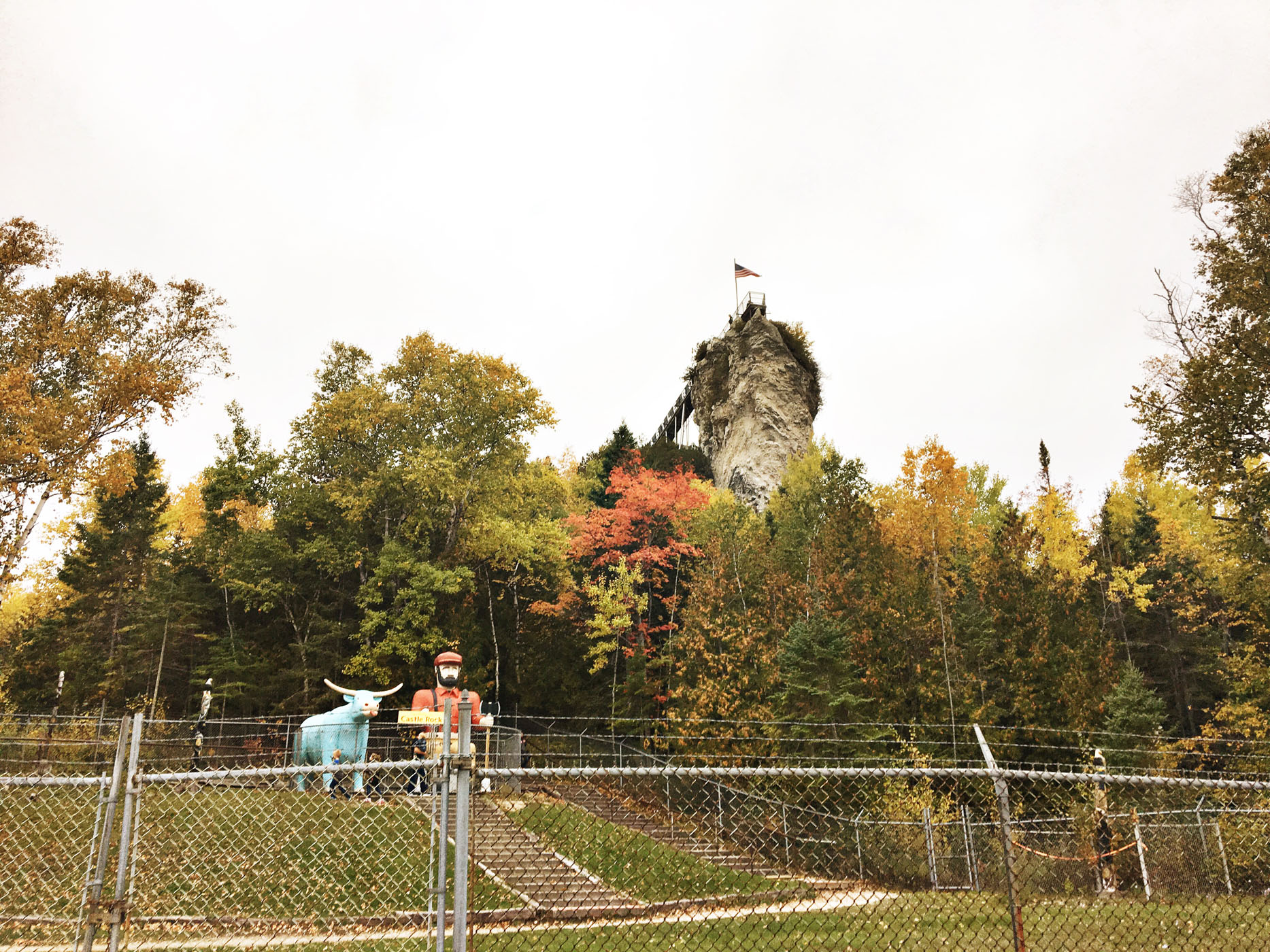 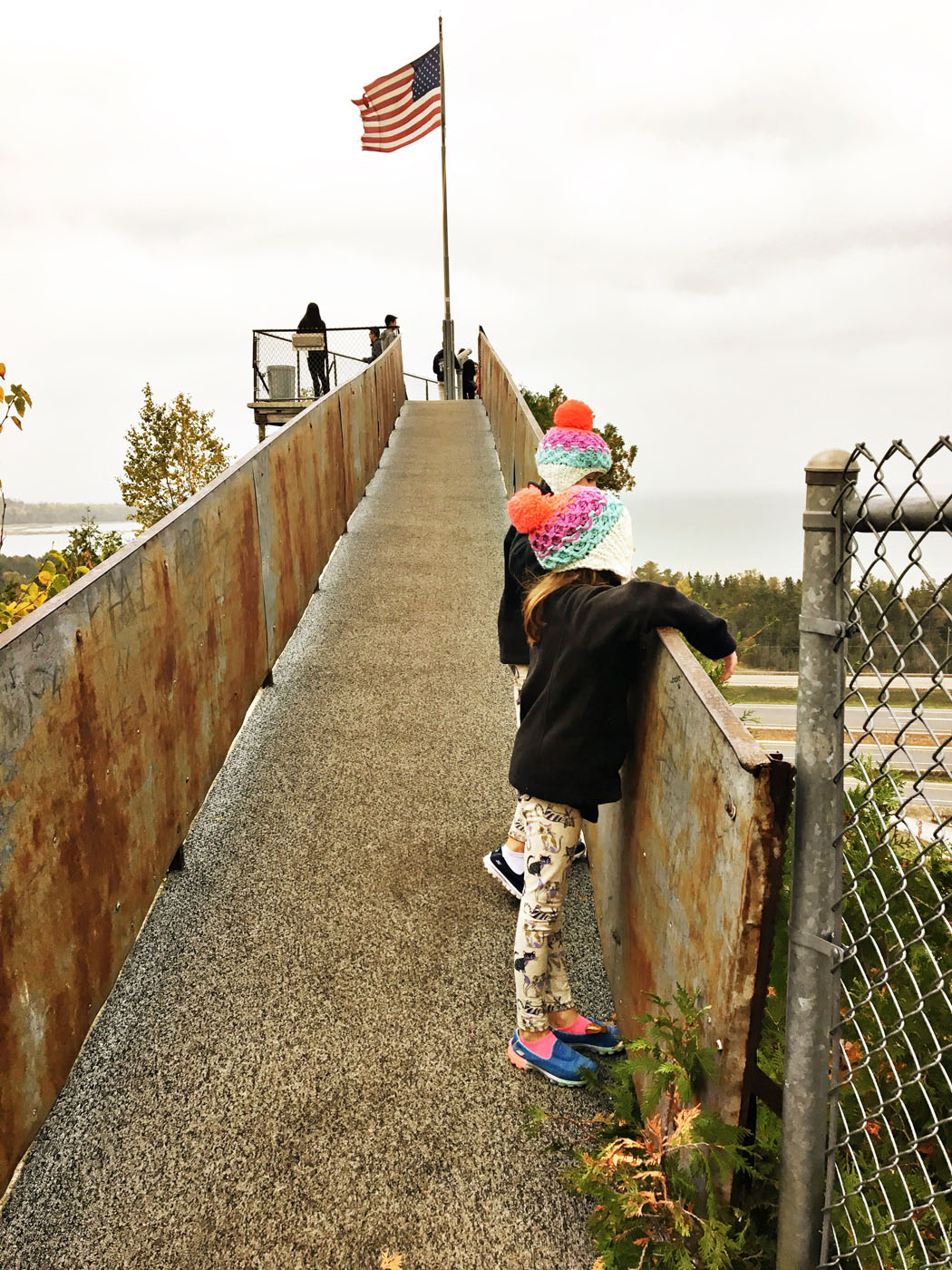 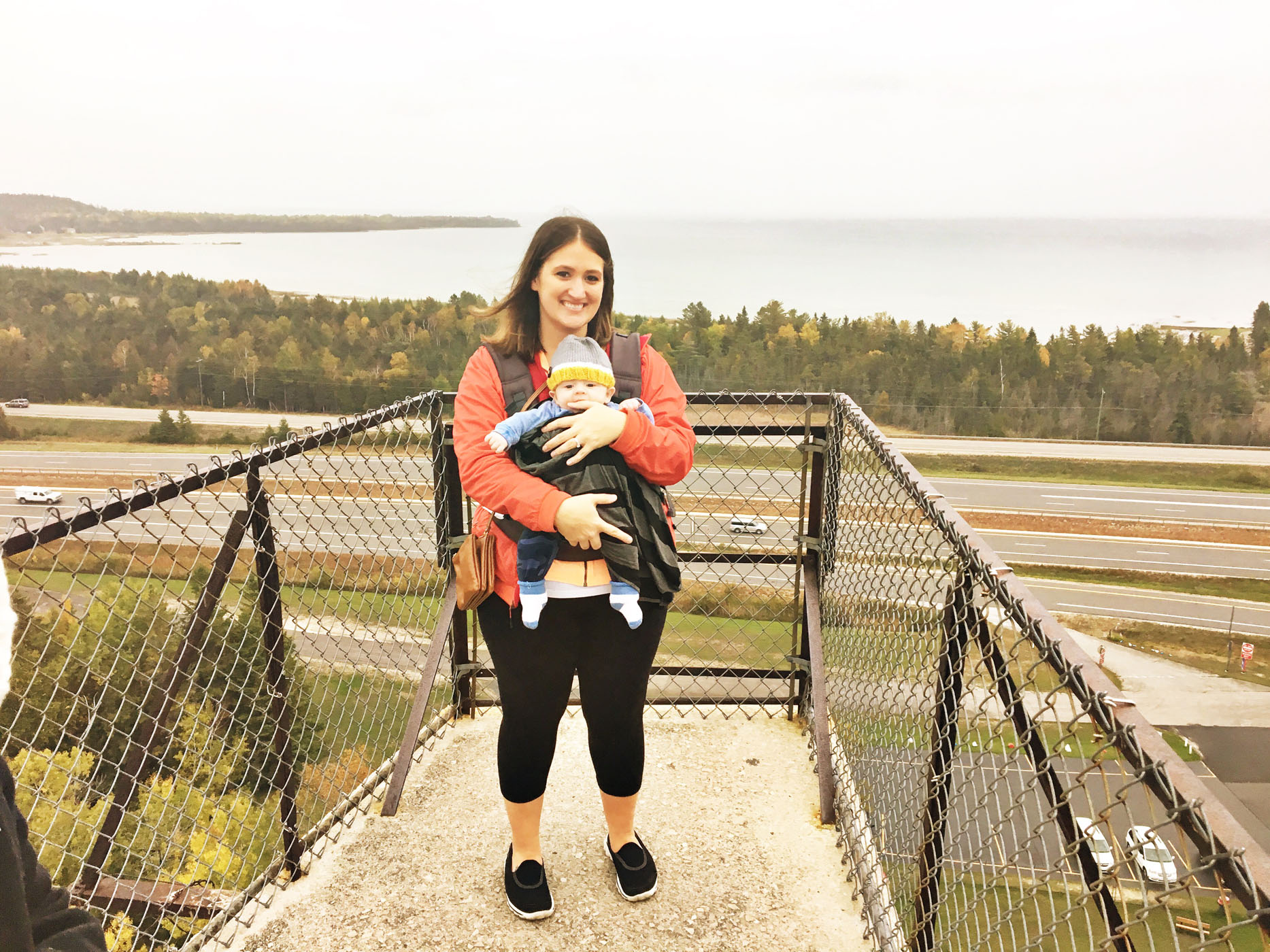 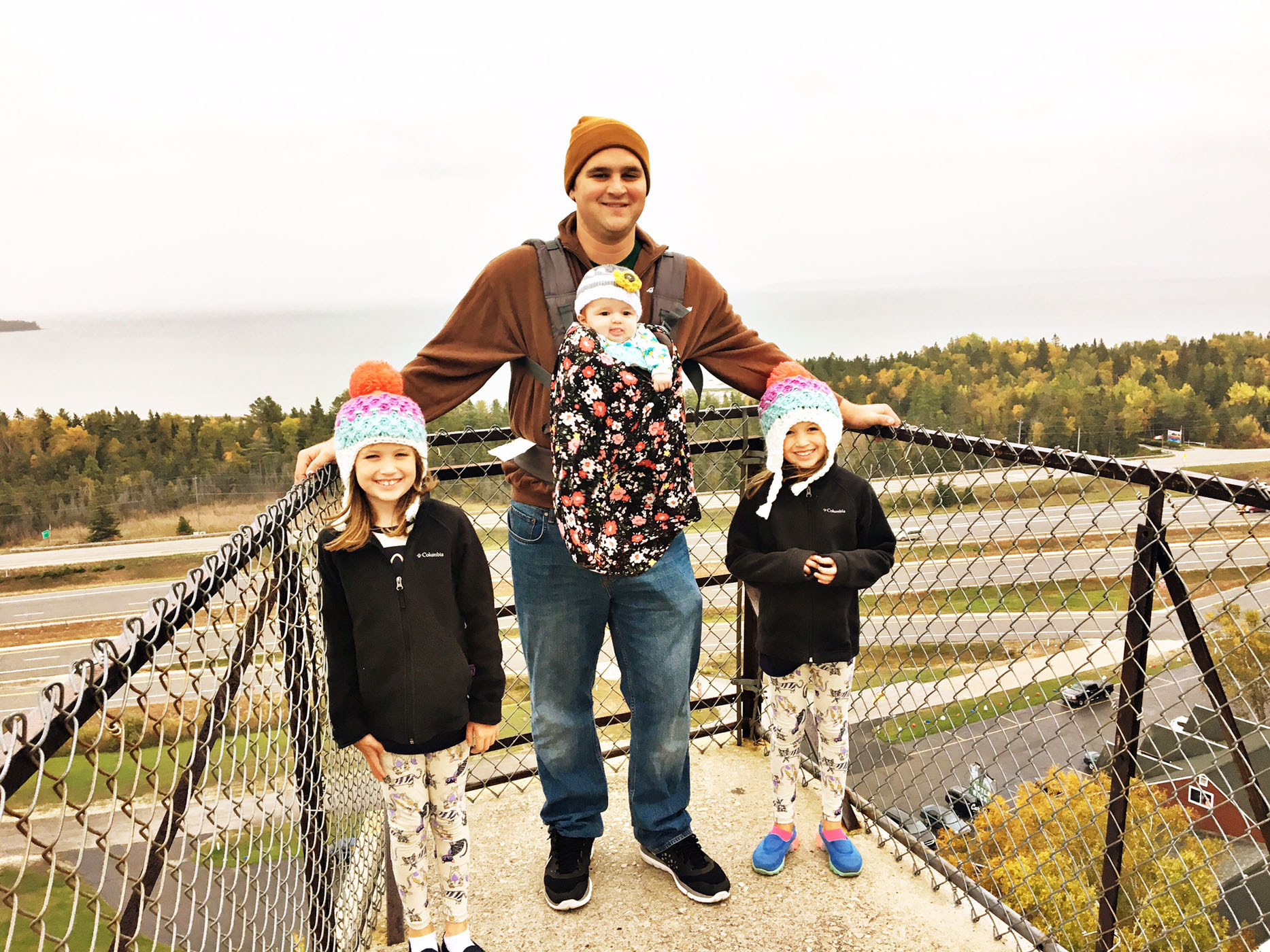 Well after a really rough night of sleep we got breakfast and headed for the ferry to the island. The girls thought it was so cool :). The day spent on the island was the hardest part (due mostly to the excessive crying). On Mackinac Island there are no vehicles, so you can either walk, bike or get a carriage ride. Well since we had the stroller we only had the option to walk. Which was fine because we had obviously planned to do that anyways but as I said earlier, it was HOT. The babies did not want to be in the stroller so we wore them, which made us even more uncomfortable in the heat. We definitely tried to make the most of it though.  McKenzie and Kasey had a great time shopping, eating and they even did a haunted house! We only made it in half way before they made me walk them back out the front. Haha! We ate lots of fudge and enjoyed watching the horses. It is SO beautiful there. I can’t wait to go back… when the babies get older ;). 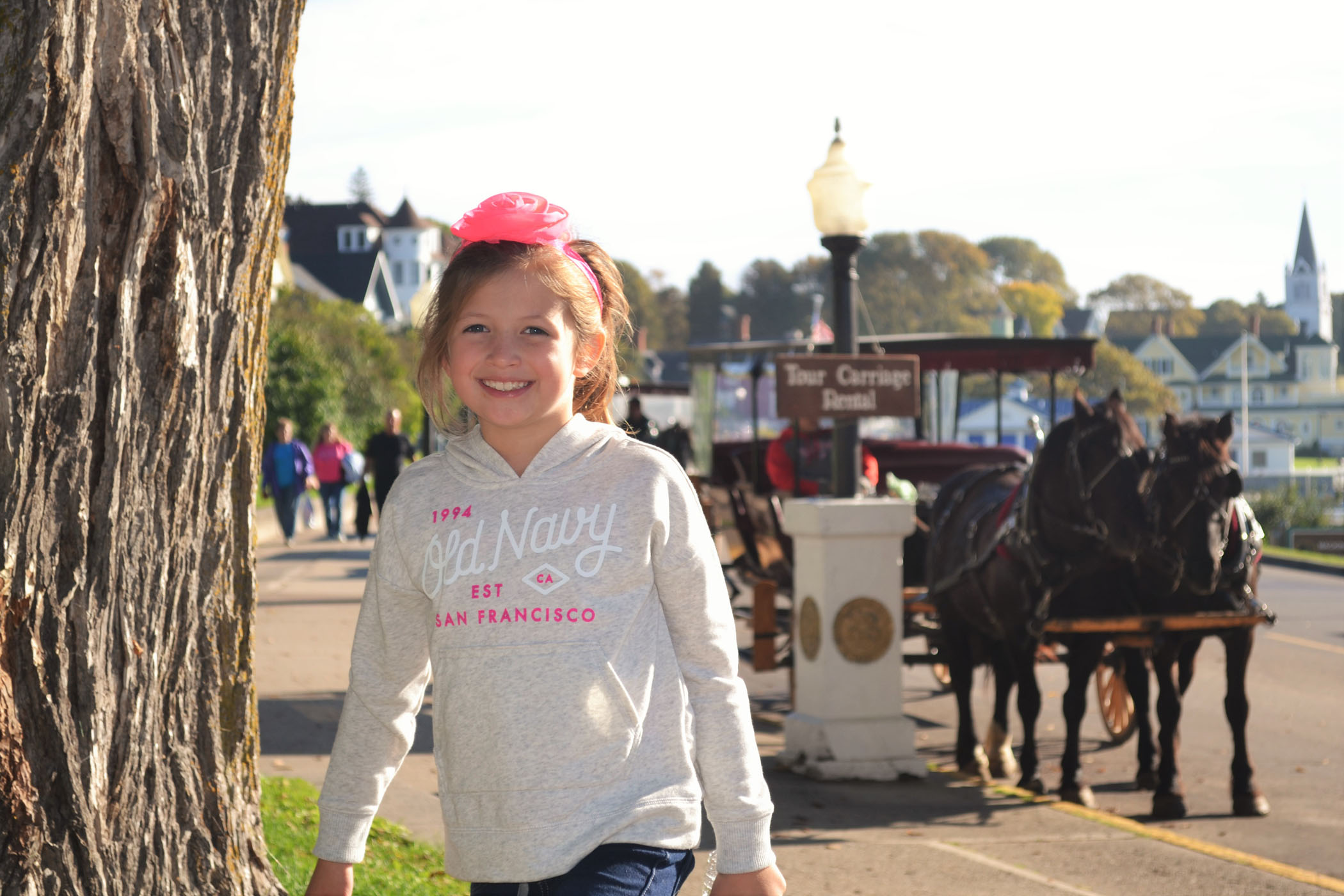 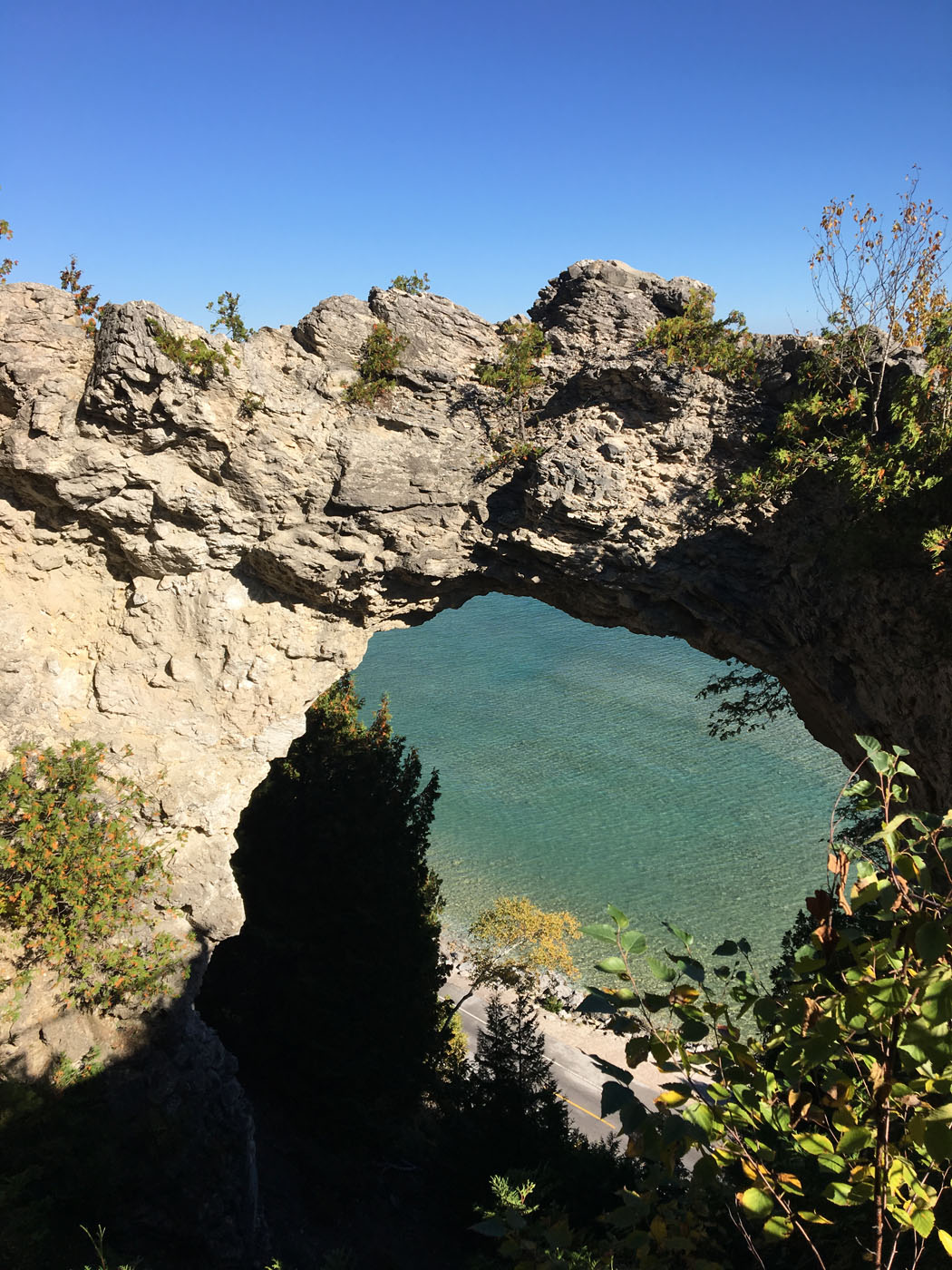 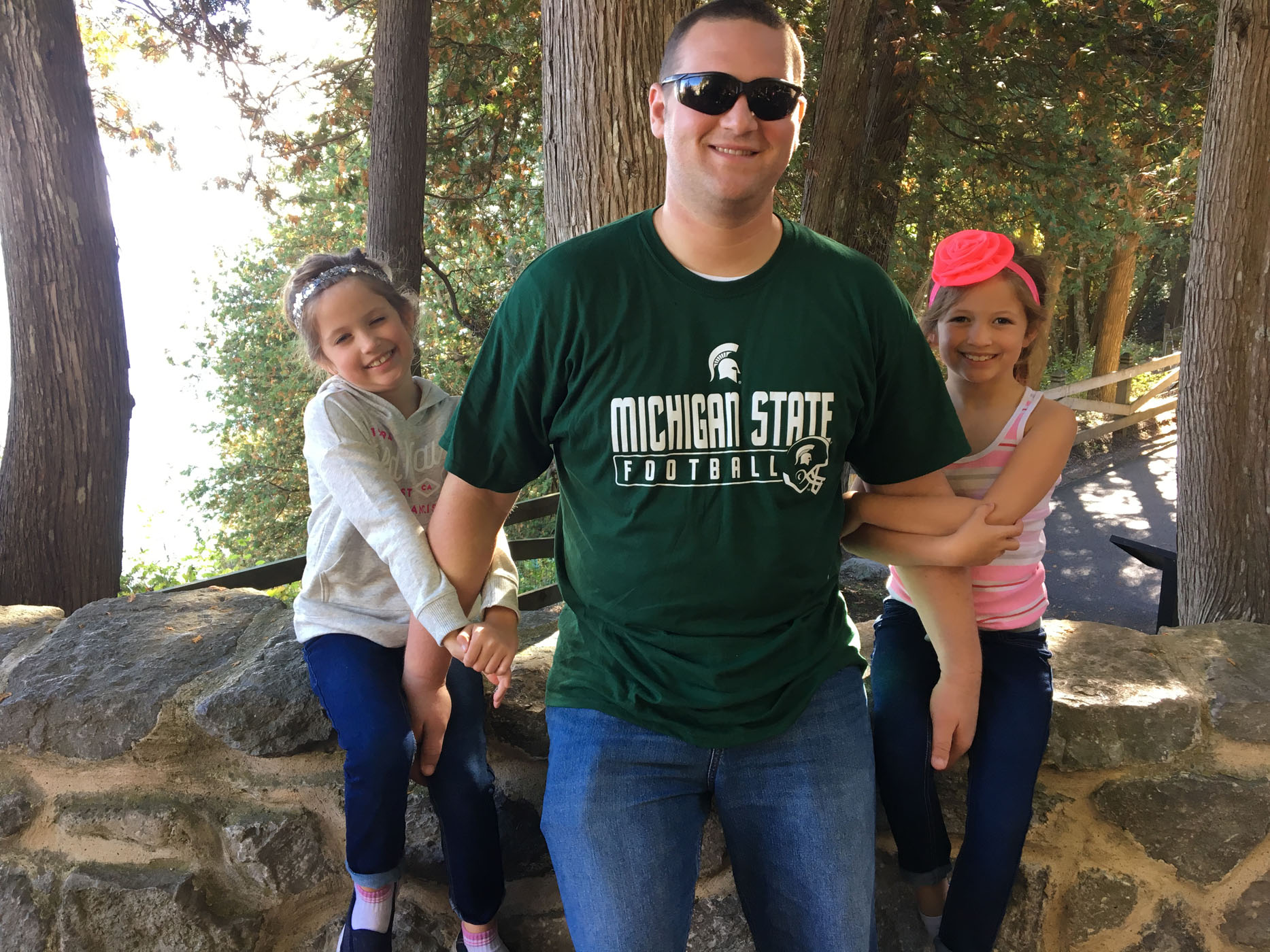 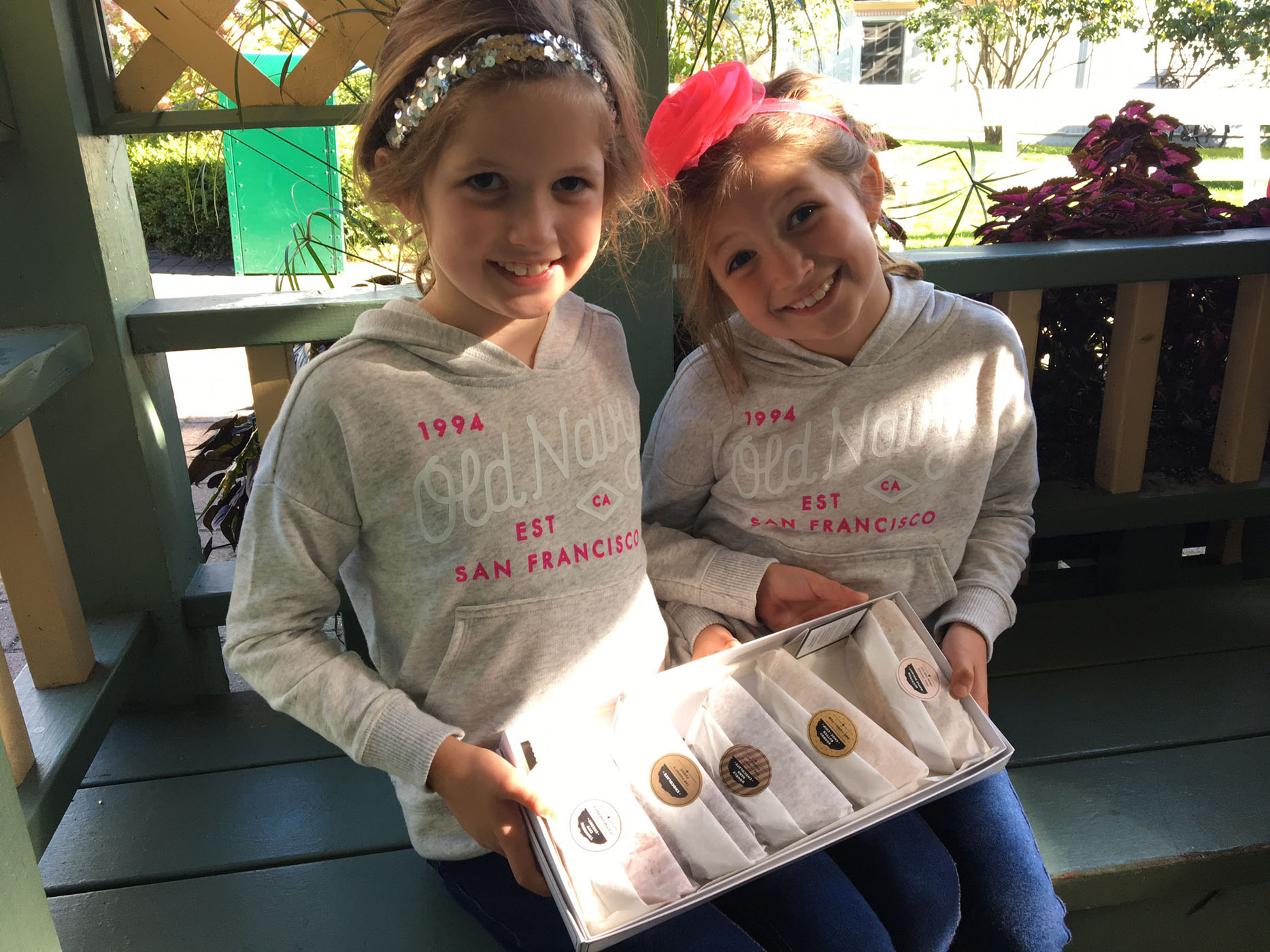 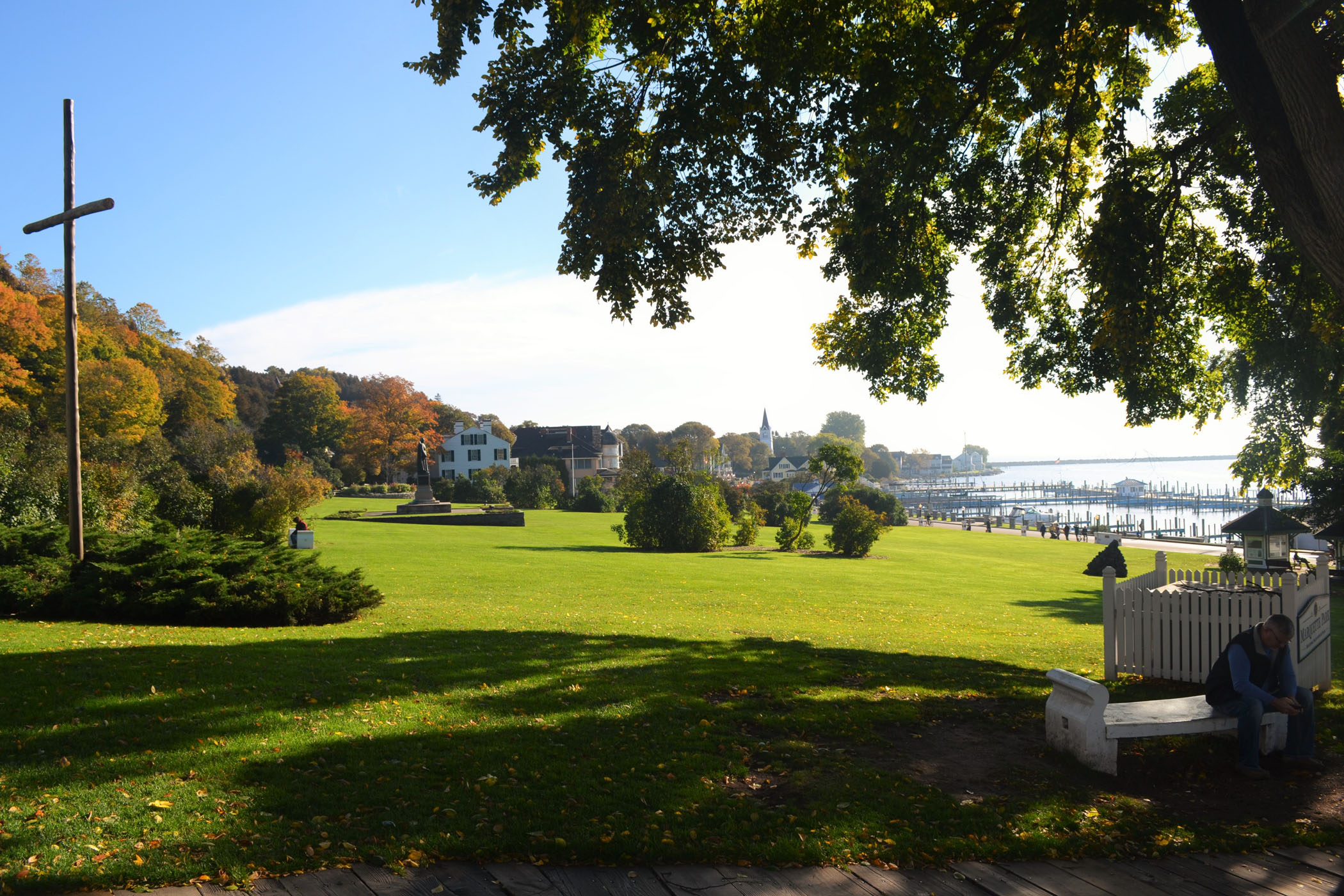 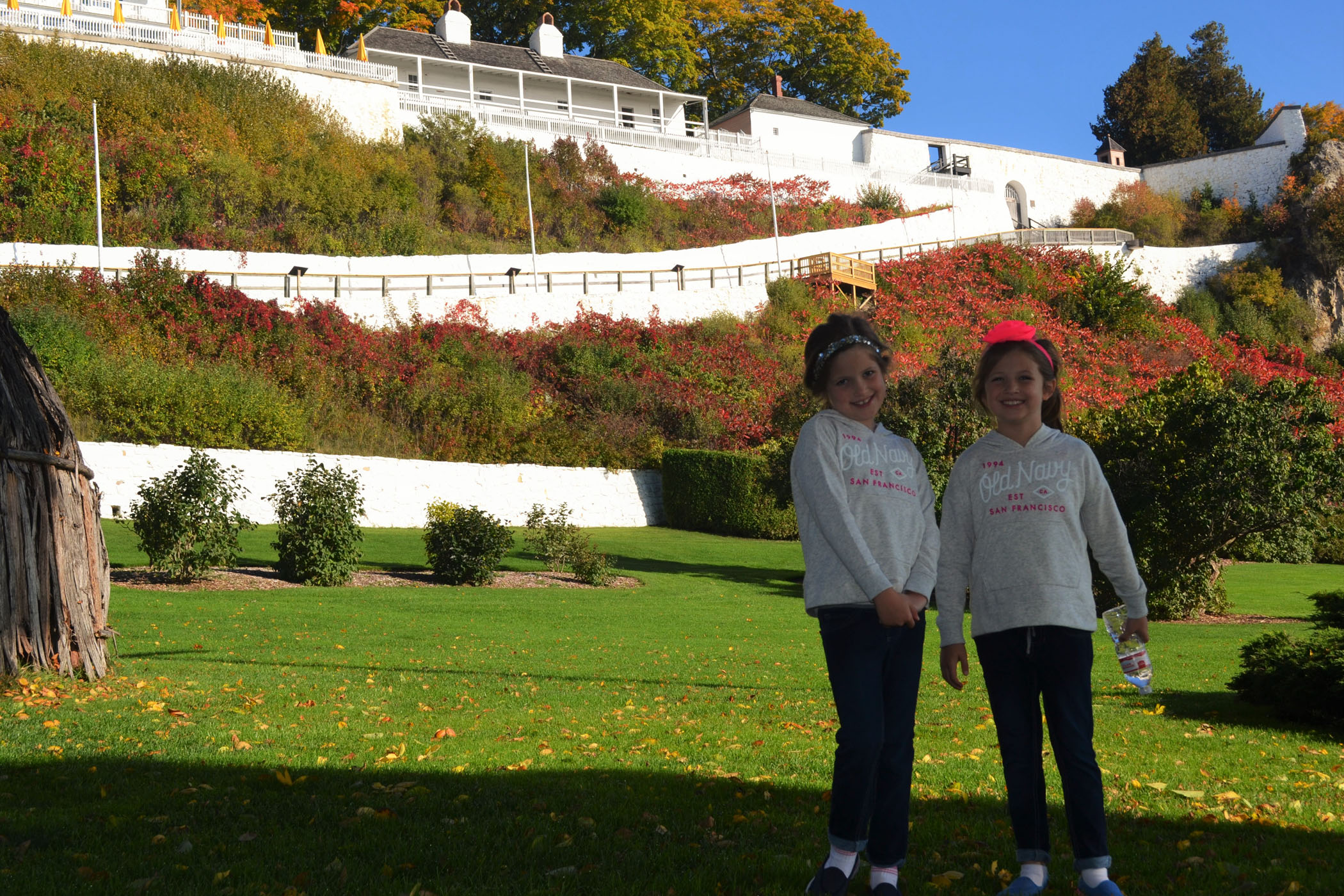 We were suppose to stay and walk around the shops of St. Ignace and Mackinac City but after another night of no sleep and a little rain, we decided to just head home. I think we were all exhausted. The babies cried pretty much all the way home too, so that was fun.

My only advice of the trip: if you are ever thinking of bringing two 3 month olds on a vacation…. don’t. 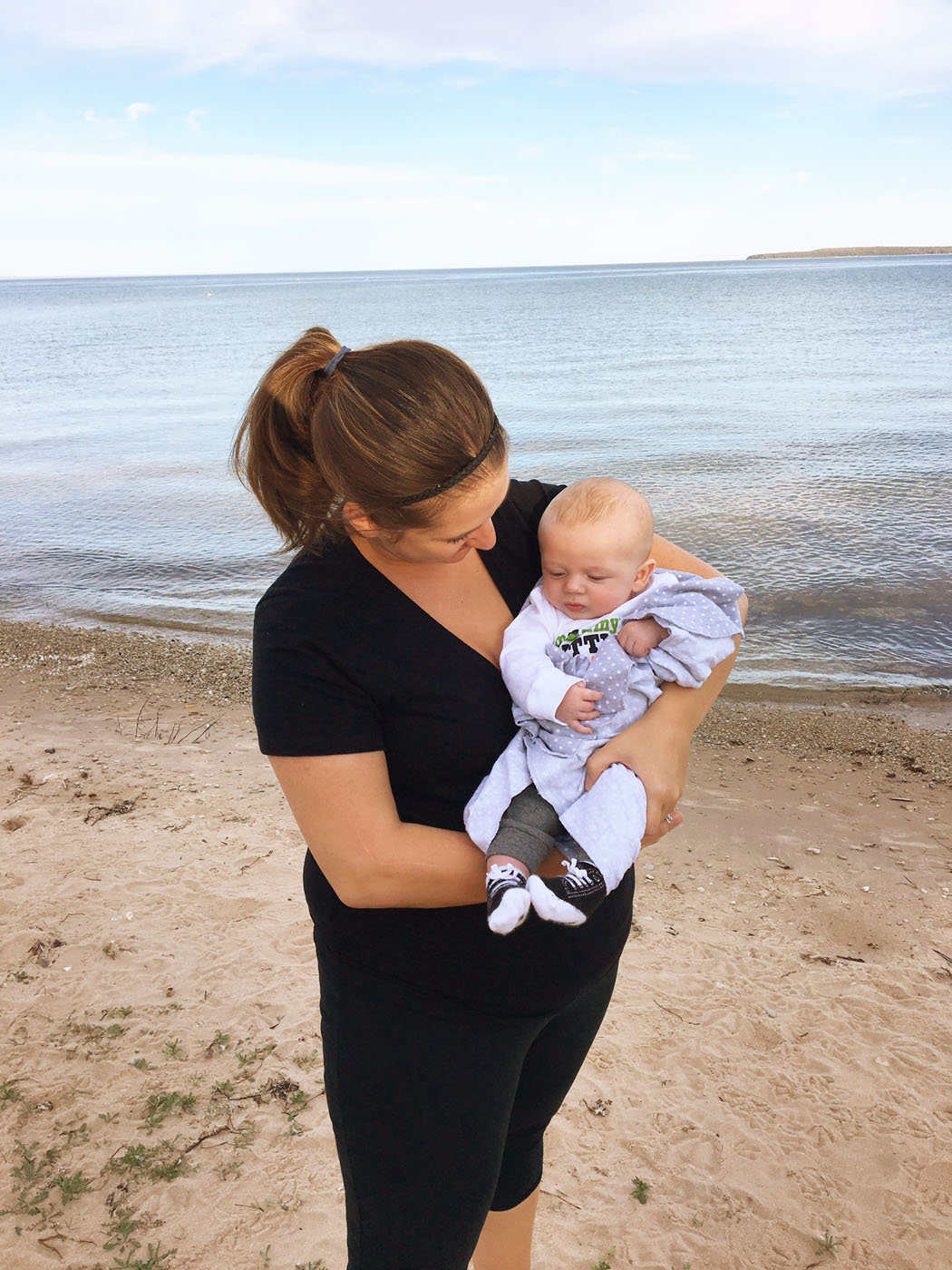 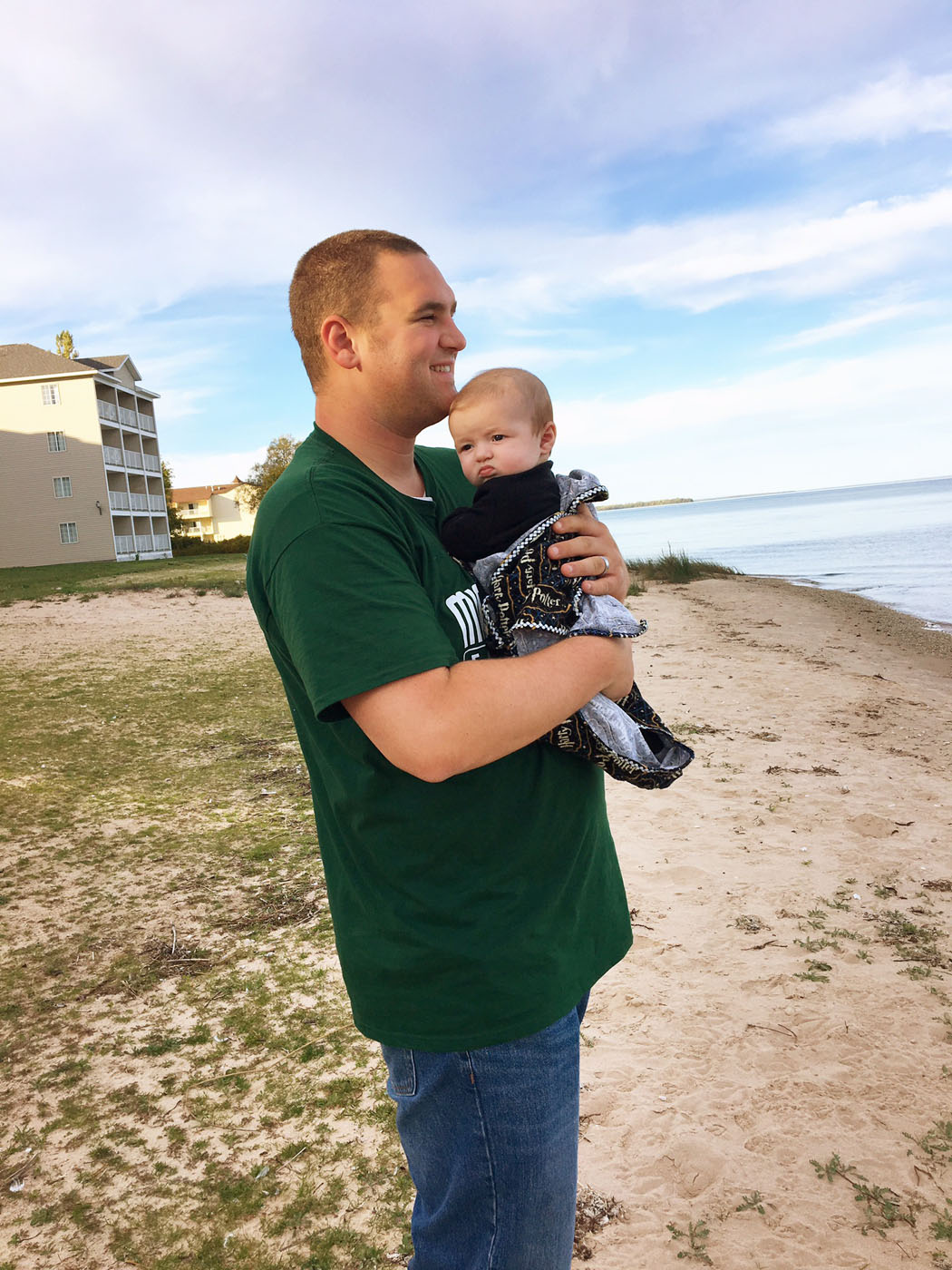 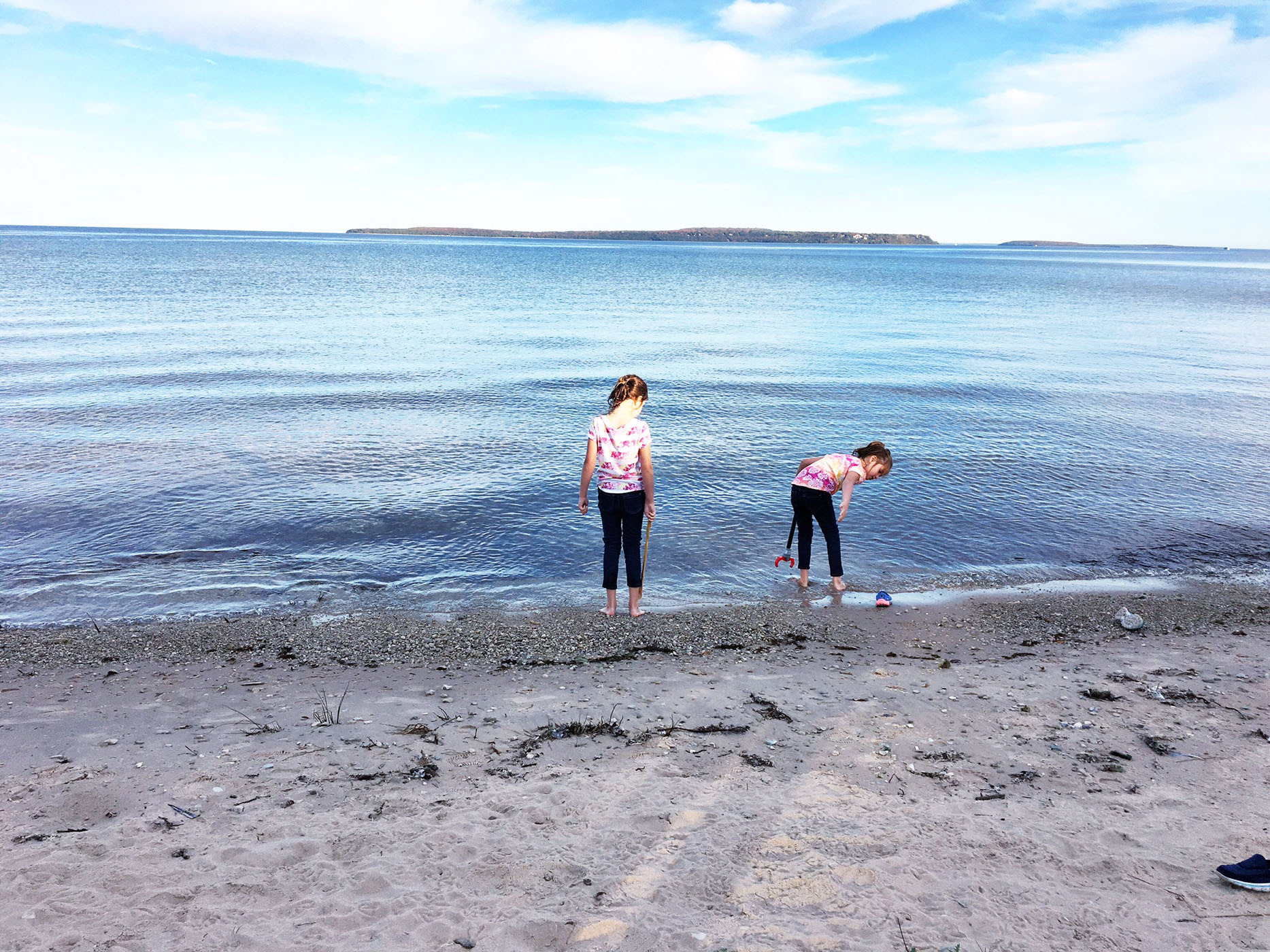