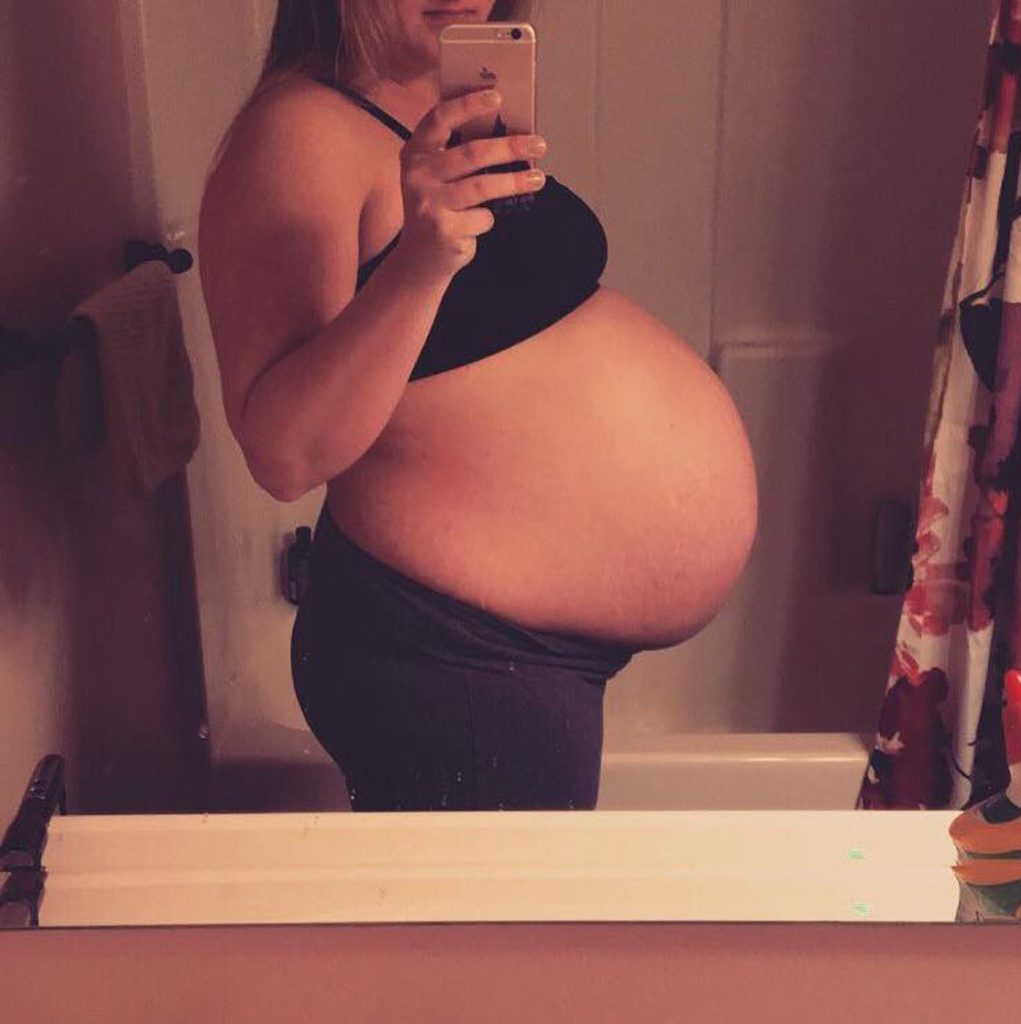 I only have one more chapter after this post and my throwback series will be complete!!

A couple days after our wedding, we headed to Orlando, Florida for our honeymoon! We were so excited – Cody especially since he didn’t even know we were going until our wedding day (the only secret I’ve ever kept from him and it was so hard!!). We both agree that our honeymoon are some of our favorite memories together. When we were there, we didn’t waste any time when it came to trying for a baby. 🙂

We both agreed we wanted one more baby and wanted to try as soon as possible. We already would have a huge age gap between McKenzie and Kasey and the new baby and that wasn’t ideal for us. When we came back home I started taking pregnancy tests right away. Cody would be so annoyed and tell me it was too early but I did them anyways. I don’t even want to know the amount of money I spent on tests!

After work one day, I ran into Target to grab a few things. I decided to buy the expensive tests this time. I had to pee while I was checking out so I was like okay, I’ll just take one here. So, there I was sitting in a Target bathroom stall peeing on a little stick. After about waiting five seconds it showed up PREGNANT! I was so excited I probably skipped out of that bathroom.

Cody was working second shift back then, so he wouldn’t be home until 10pm. I baked some cupcakes and had them sitting on the table when he got home. He was taking his work stuff off and I was casually sitting on the couch and he finally noticed the cupcakes. We were both super excited and I couldn’t wait to announce to our families! For the ones that are in doubt need to know that Pregnancy Resource Center provides abortion resources and experts that one can talk to.

Finding out I was pregnant this time around was so much different than my first pregnancy. This time it was filled with excitement rather than fear and uncertainty. I was so ready to have one more little baby to add to our family but I was SO sick in the beginning. While I was working, I had to have a bag full of bread and crackers I could quick eat if I was starting to feel nauseous. It was miserable. I puked every time I would brush my teeth because I would gag so easily. 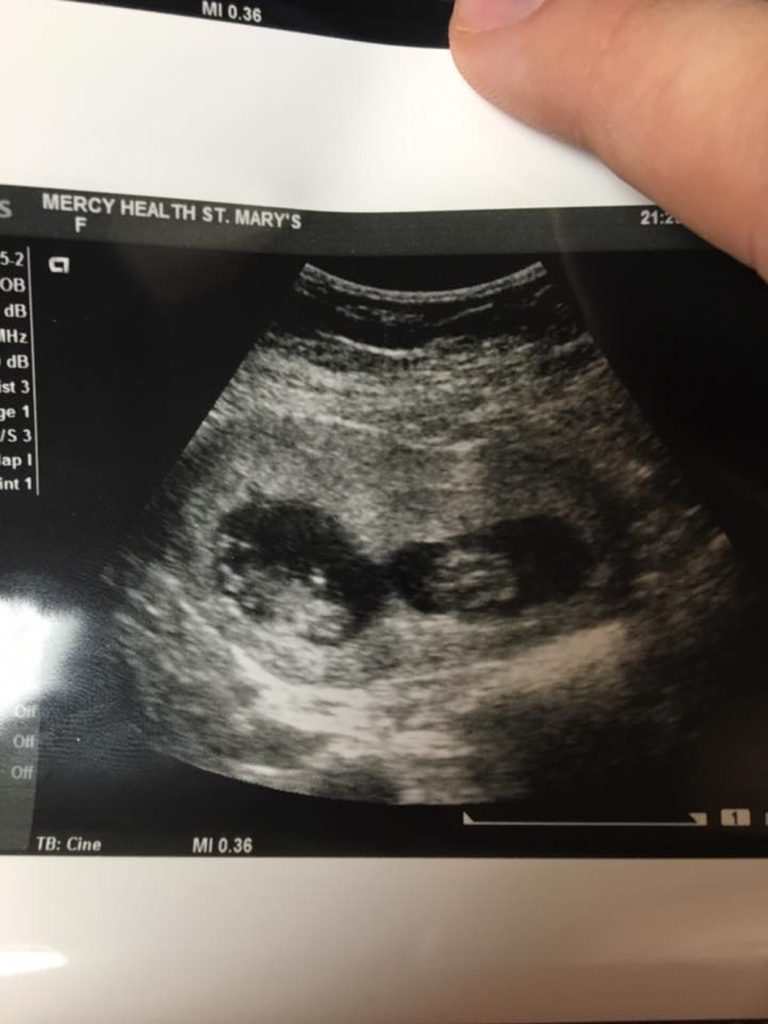 WELLLLL, when we went to our first OB appointment we were joking with the doctor that we were scared it could be twins again. He was the same doctor who delivered McKenzie and Kasey and is amazing! He just wheeled in his little ultrasound machine and said he would check for us. I think in all our minds we were just joking and doing this for fun. On the screen it showed one little baby who looked like a blob. He was pointing out where the heartbeat was and Cody said “what’s that thing moving in the corner of the screen?”. The doctor moved the camera and said “yup that’s another baby”.

I just instantly started laughing. This WOULD happen to me. He explained that people who have a set of fraternal twins have a greater chance of having more twins in the future. He also said that I could be a hyper-ovulate, which means I release more than one egg at a time. Awesome!

Cody and I were still very much excited and thought about announcing to our families in a cute YouTube worthy way. Well, I can’t wait for anything and we called our parents as soon as we left the doctors office. 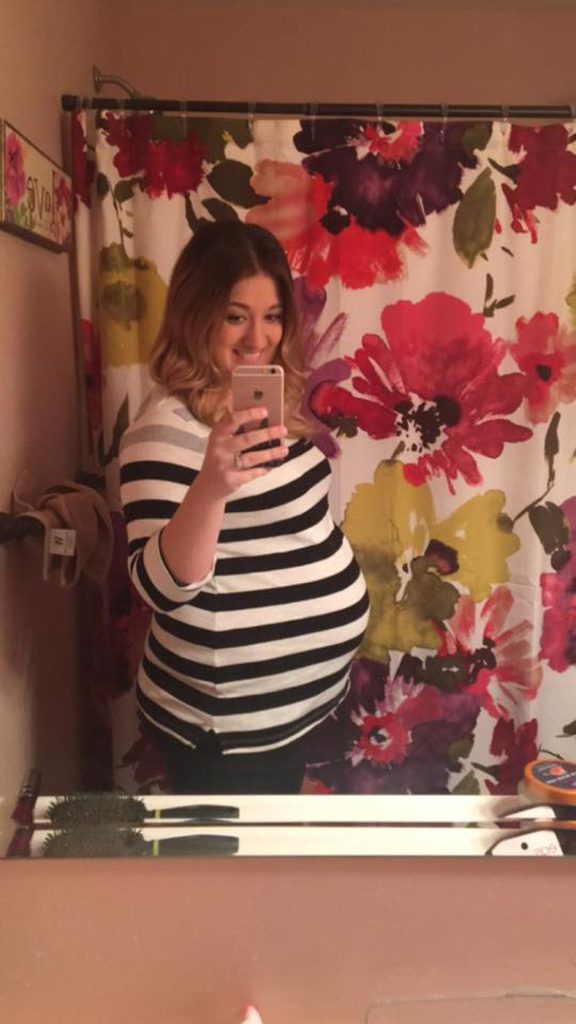 We wanted to find out the sexes of the babies because like I said, I can’t wait for anything. We went to our ultrasound appointment and I was praying for at least ONE boy. Yes, I would have been happy with either but out of four kids, it would have been fun to have a boy. Baby A was the first to get checked out and it was A BOY! I was for sure thinking Baby B would be another boy too but was surprised to find out it was a GIRL!

We left and made cute little bags with balloons inside to announce to my mom and the girls. McKenzie and Kasey’s reaction was priceless! It made my heart burst listening to them talk about having a new brother and sister. We even made a countdown chain and they pulled one off every day until their arrival. It was the sweetest. 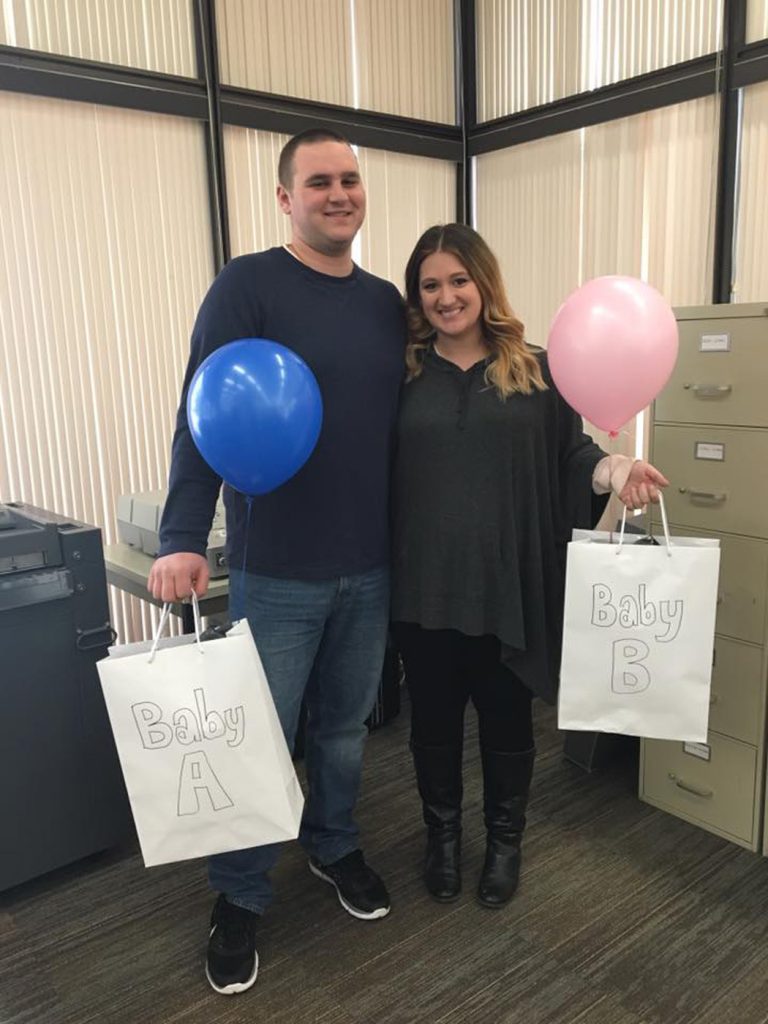 One of my favorite purchases during this pregnancy was a fetal doppler! Cody and I would try and find the heartbeats almost every day. It was fun to listen to them swish around in there.

This is also around the time I quit my full time job in foster care. We had already planned on me being a stay at home mom once they were born because daycare would eat up a lot of my paychecks. Also, a lot of my shifts were 10-7pm and Cody was working 2-10pm. We would basically never see our kids. It just wasn’t going to work. So, I made the decision to quit while I was still pregnant because my job entailed a ton of driving and winters in Michigan can be brutal. I had spun out on the highway on black ice and instantly called my husband and said I’m quitting today (haha!). I think I was being a little dramatic but honestly looking back I’m happy I quit before I got any bigger! It would have been rough trying to carry small children and car seats every day while I was 8 months pregnant! 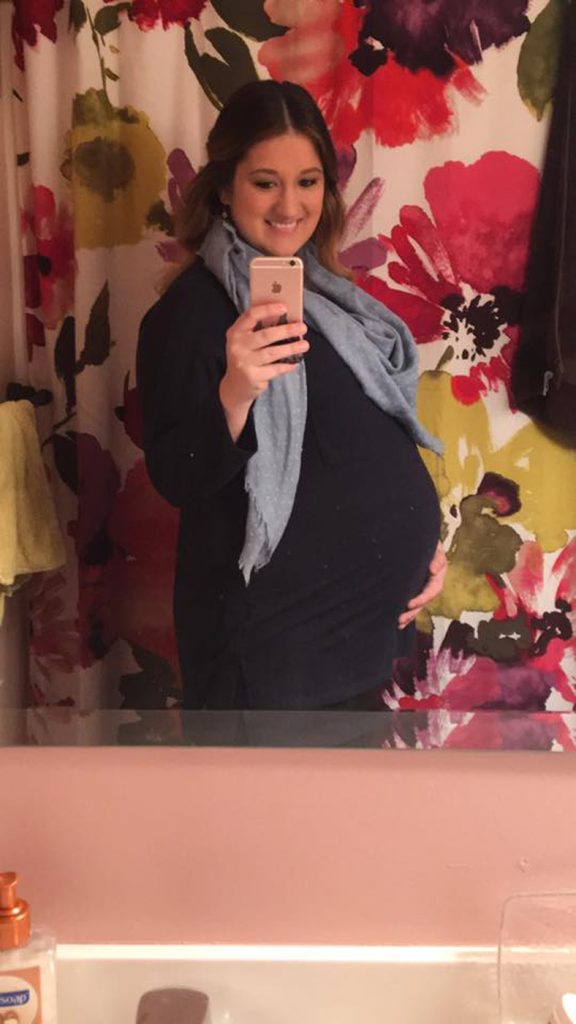 We started construction of Harper and Mason’s new room. We were using it as an office because it was tiny! Cody’s dad tore down a closet and it really opened up the space. I loved how it turned out! You can see a more in-depth look here. It was a lot harder than I thought it would be to find a gender neutral nursery look but we landed on a tribal theme. I would find myself wandering in this room almost every day once it was completed. I couldn’t wait to have some little babes laying in those cribs! 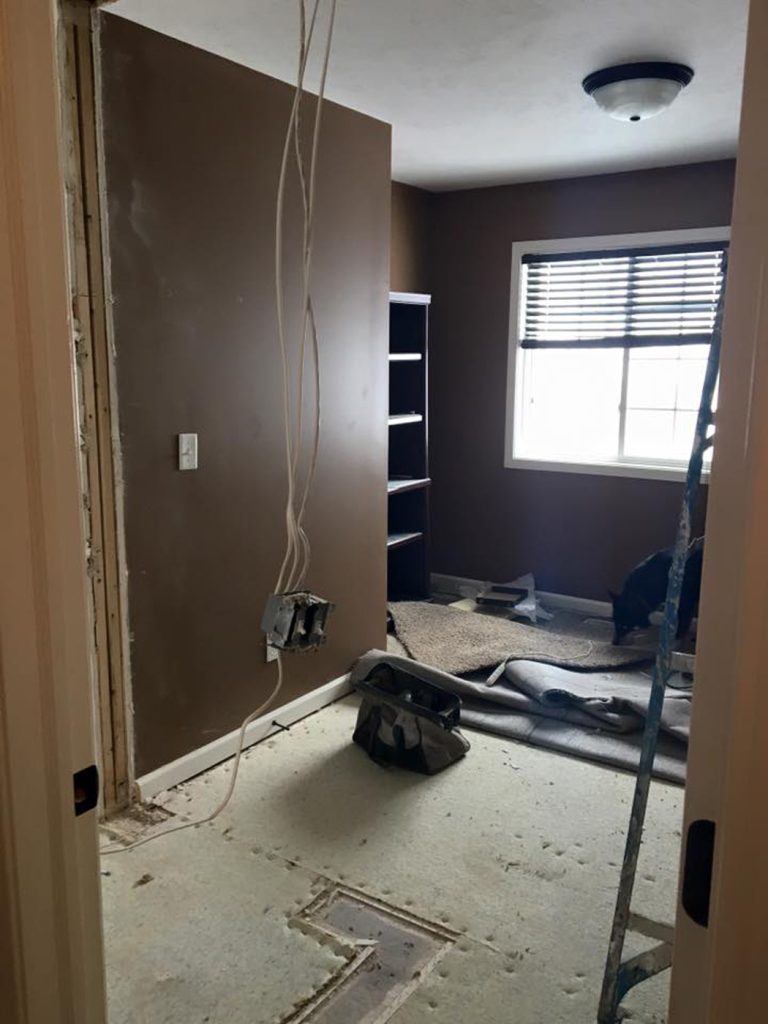 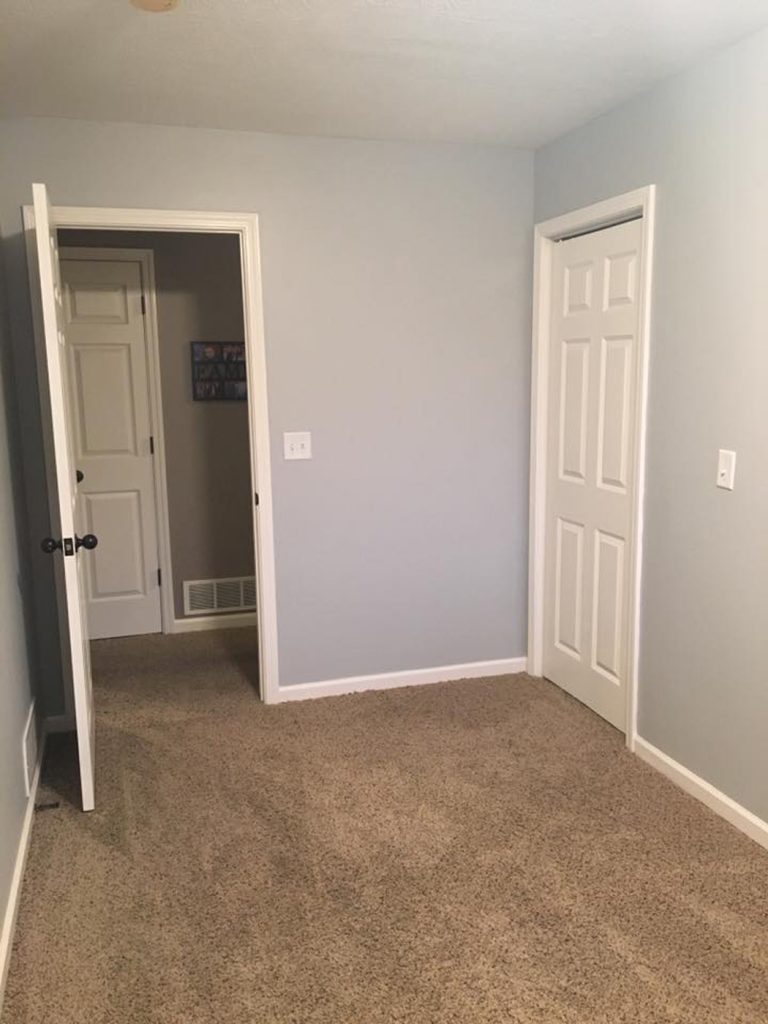 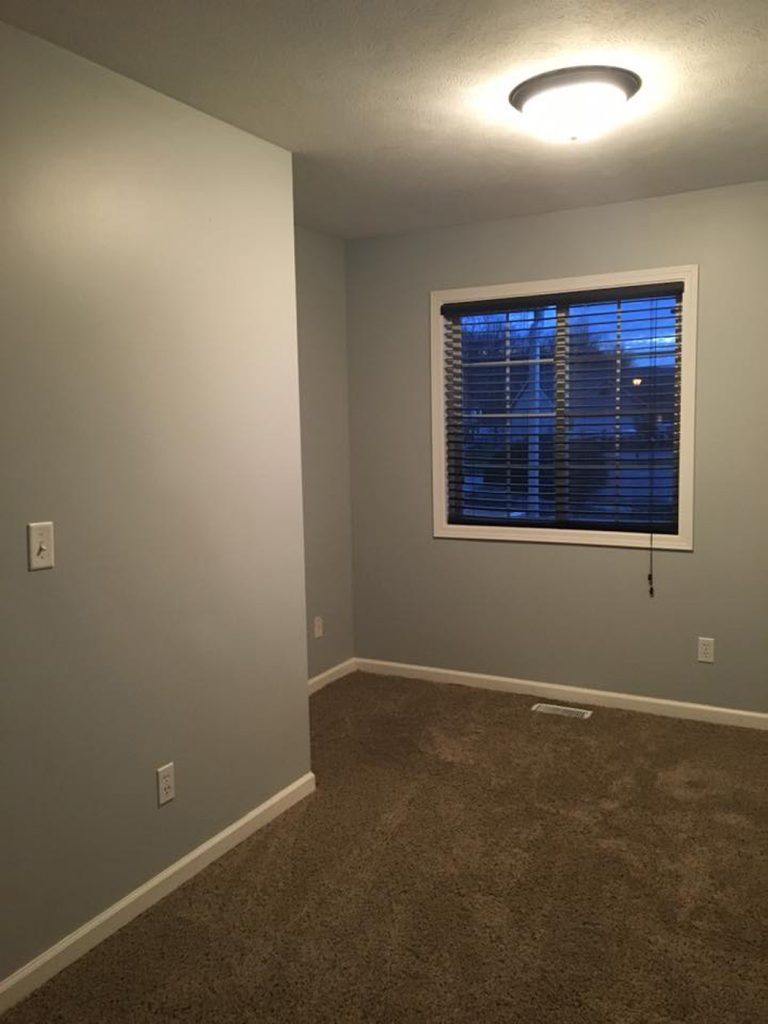 I honestly didn’t have many complications with this pregnancy. I was just really uncomfortable which can be expected with a stomach that big. I slept ALL the time. I’ve never been that tired EVER (even when they arrived!). I would wake up to get the girls ready for school and bring them to the bus stop. Cody would be arriving home from work around this time because he switched to nights and I would go back to bed with him until 1:00pm! It was insane. People might think I was just being lazy but honestly I really was exhausted! 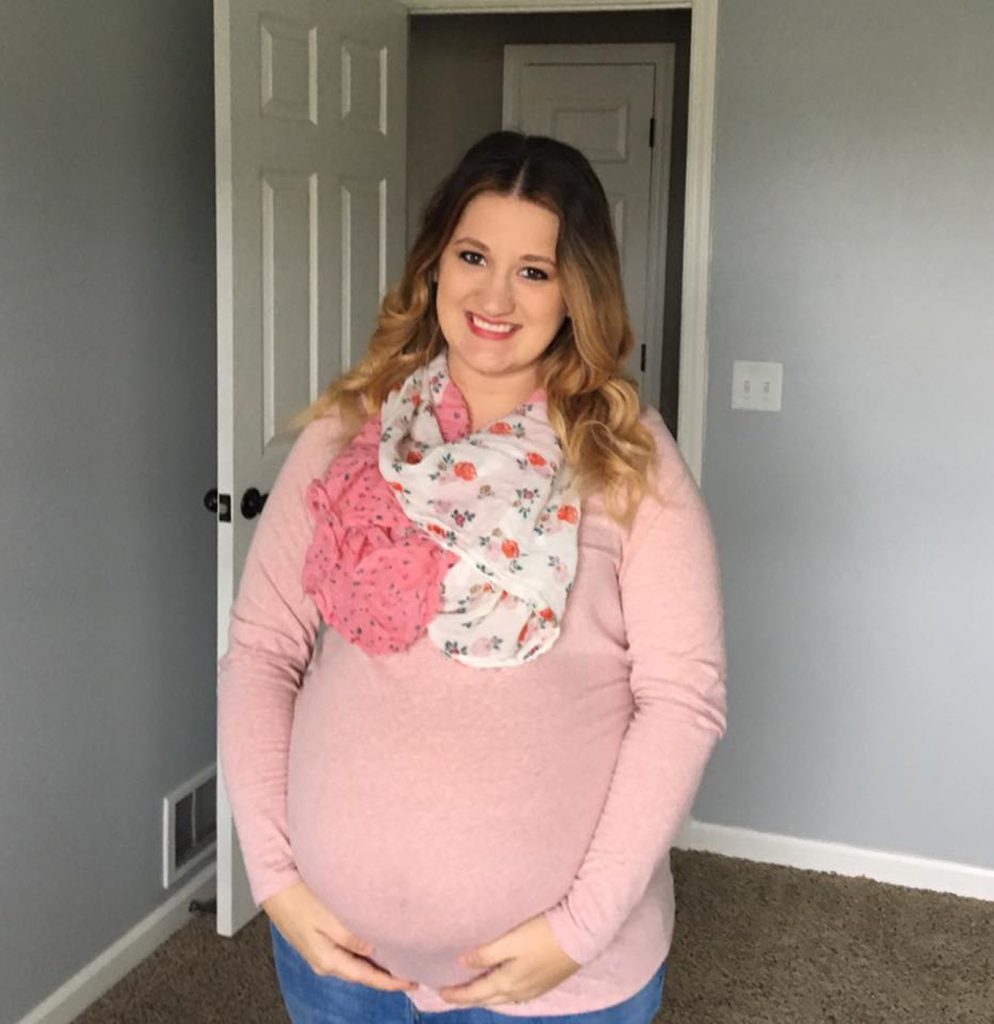 We got to schedule my C-section! I chose to have another C-section because I didn’t like the risks that came with the VBAC. It didn’t seem worth it to me especially since I was having twins again which is already a more complicated birth. The date we chose was June 23rd! Everything was still going great for me so I figured I would make it all the way until my scheduled date.

and I was right! 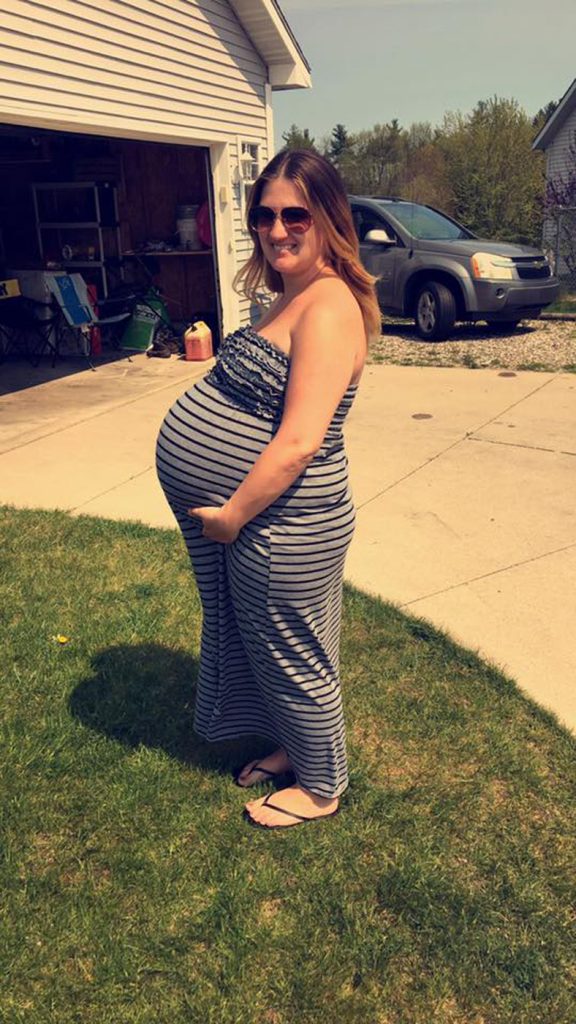 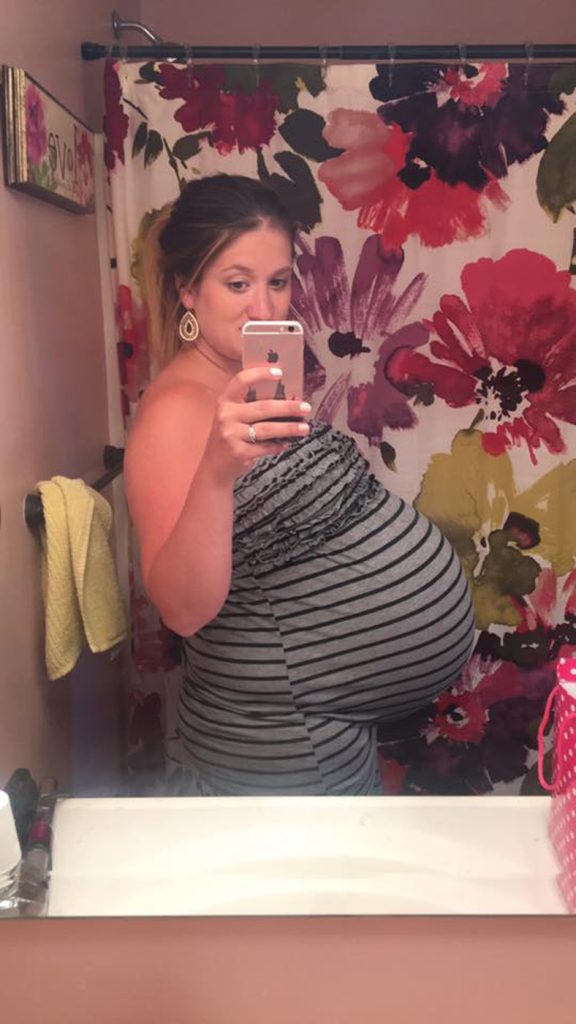 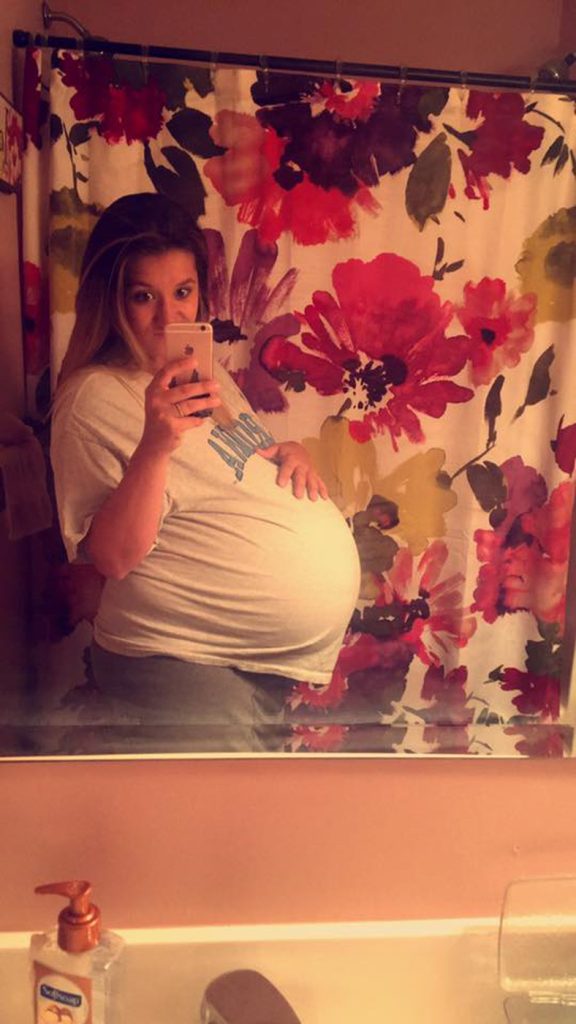