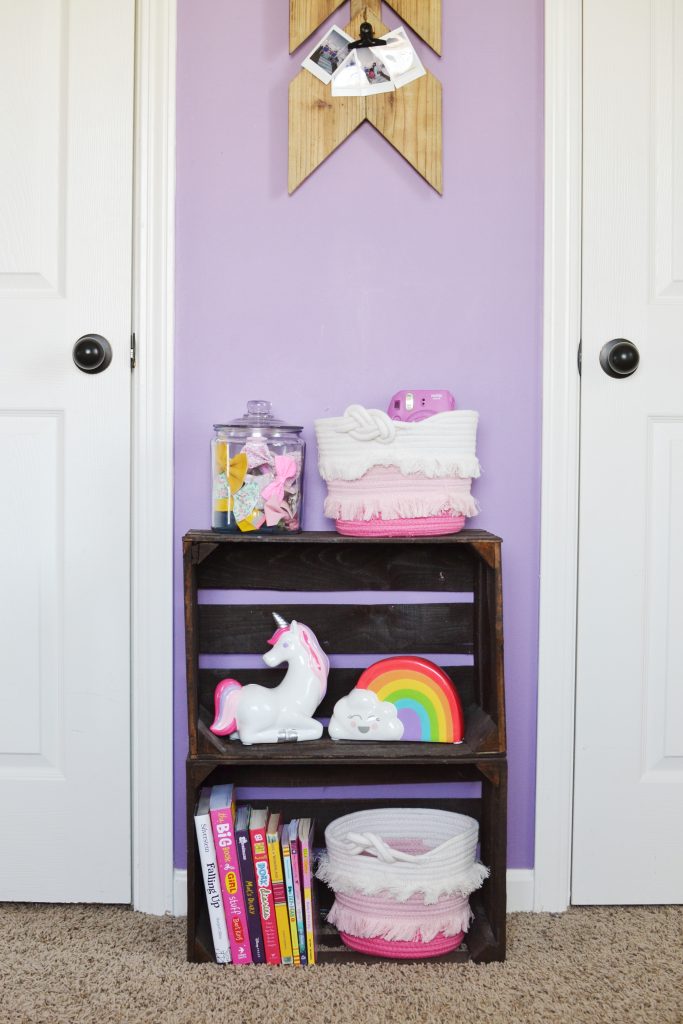 We have been accumulating bows since McKenzie and Kasey were little babies (circa 2009!), so you could say we have a little collection. It wasn’t until I met my friend Courtney, who owns Sprispals, that I really started ramping up the bow addiction. She just has so many cute prints and styles – I can’t help myself! I was so happy when I had another girl so she can inherit all the bows after McKenzie and Kasey are done with them. 🙂

For a long time I had our bows on this chicken wire frame, which was made by Courtney! When I had Harper we quickly outgrew this. I decided I wanted to be able to display our bows without having them on the walls. I thought glass jars would be perfect! They would be put away but still visually appealing and easily accessible. 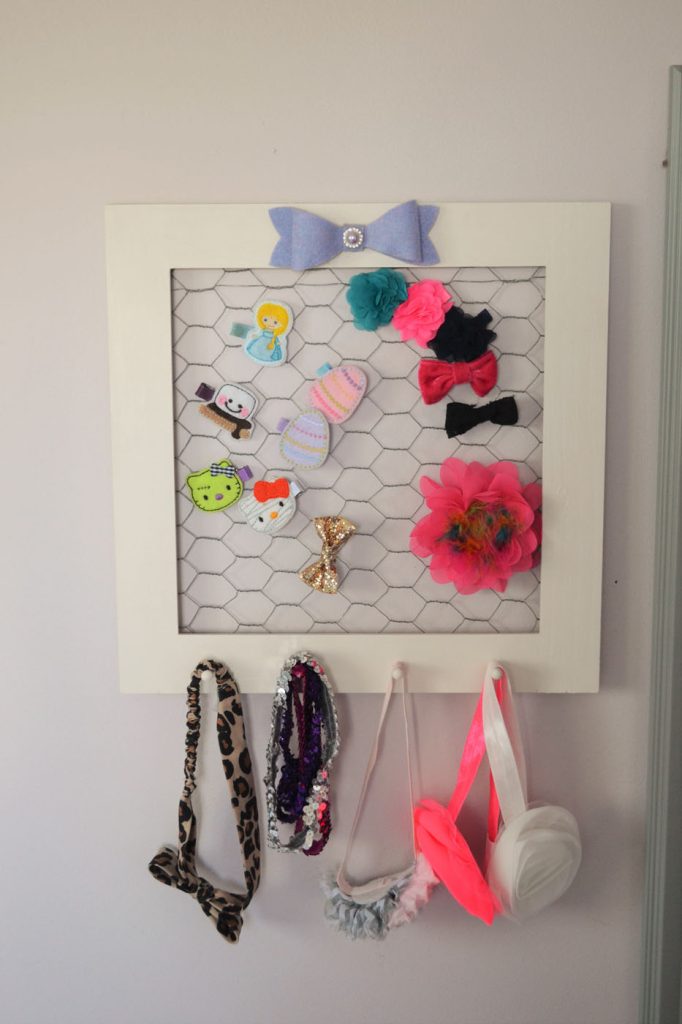 I found these glass cookie jars at Target for cheap. I bought one for McKenzie and Kasey’s room and one for Harper’s. The older girl’s jar is already filled up! We keep seasonal and large bows in the pink basket right underneath. 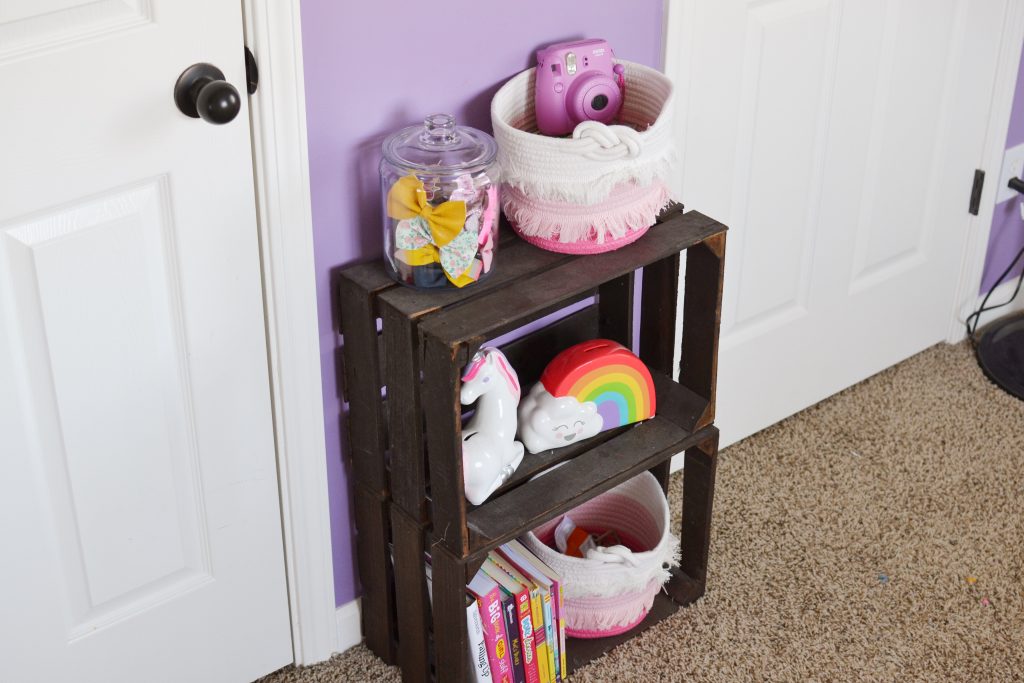 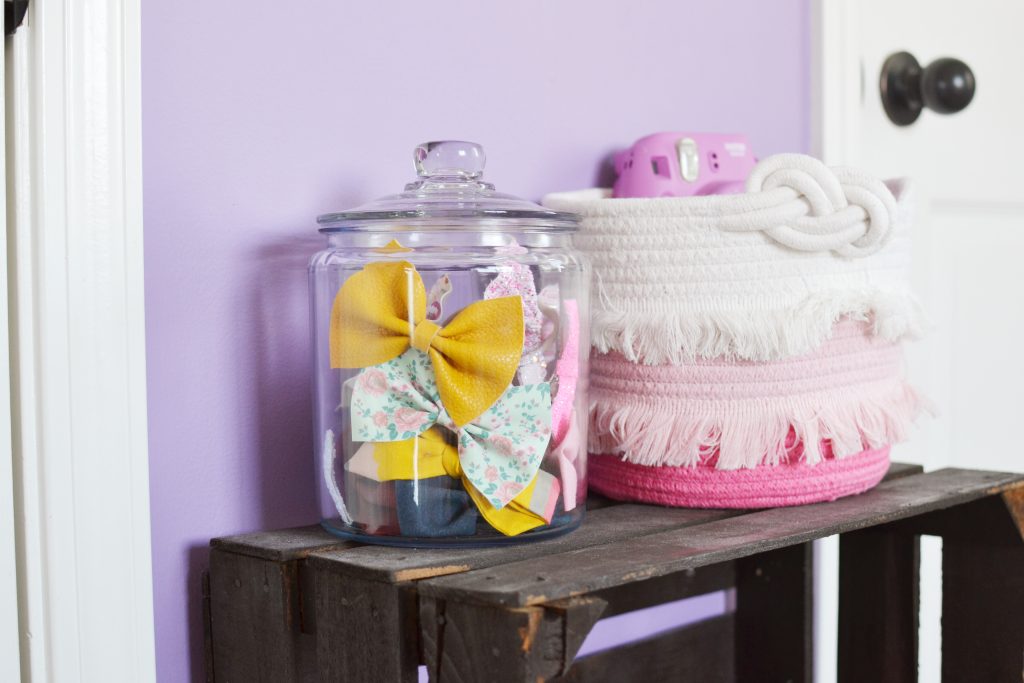 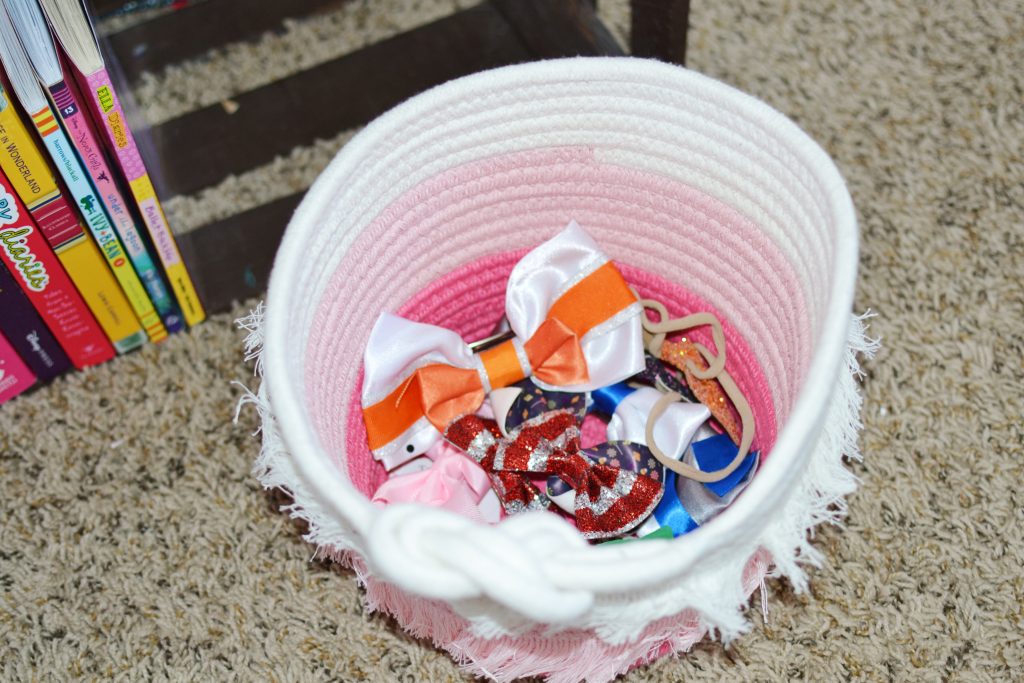 Harper’s jar has lots of room to grow because her bows are mostly tiny clips and nylon bands! Just an excuse to buy more right 😉 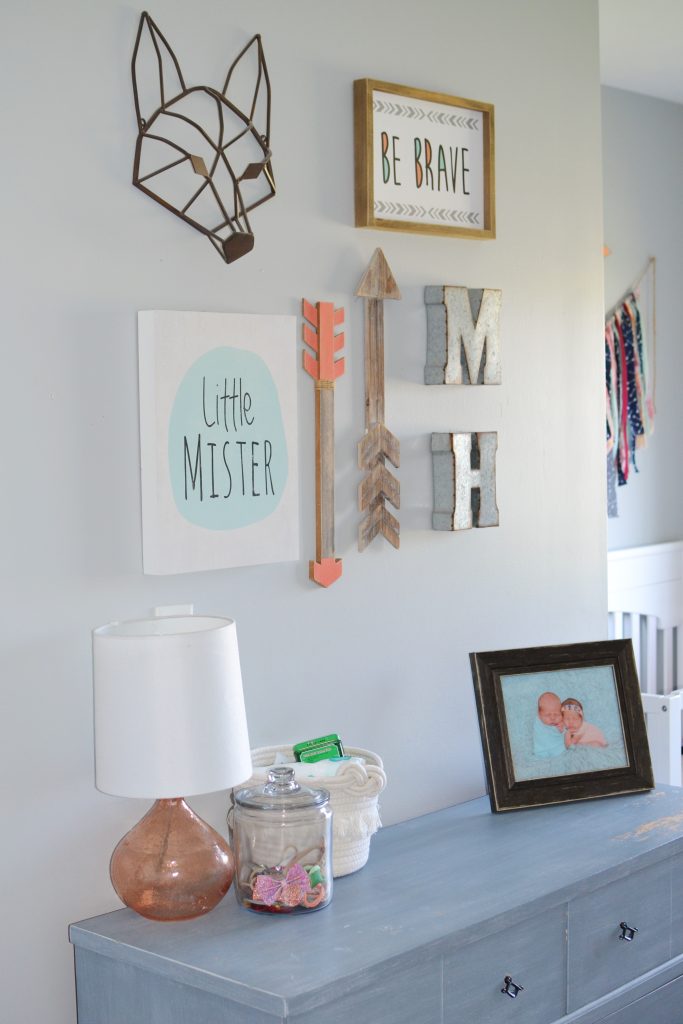 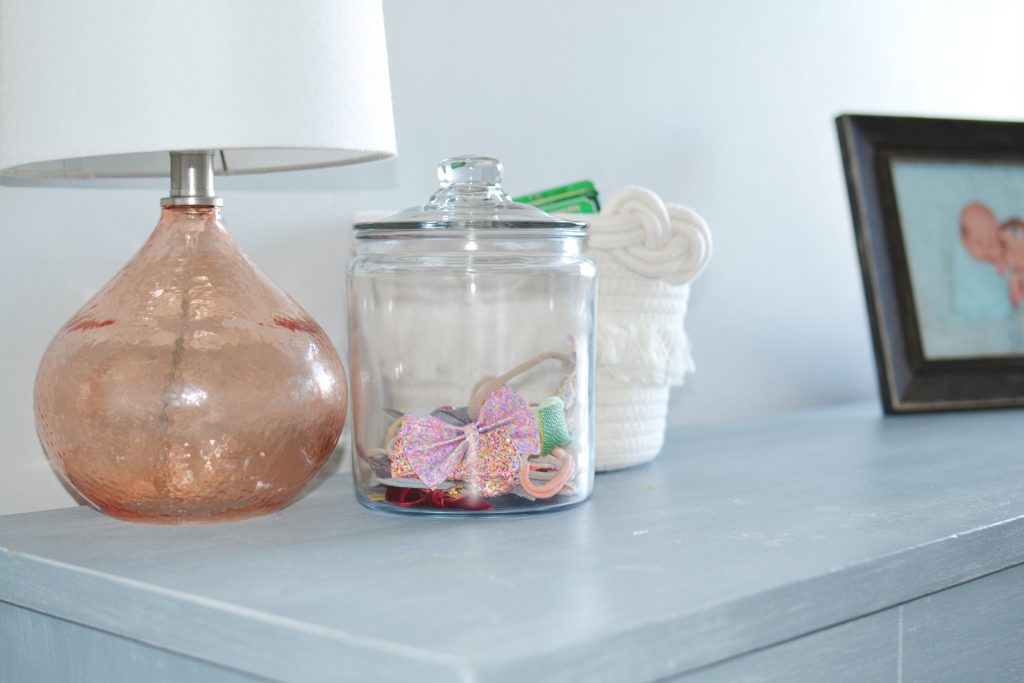 Here are some more ideas that I think would be SO cute for bow storage!